Uttarakhand Govt will give Rs.50000 if you clear NDA, CDSE Exams

Cabinet minister and government spokesperson SubodhUniyal later told media, “The financial assistance to those passing the preliminary examination will help them in preparation for the mains examination.”

“The decision was made after we noticed that very few from Uttarakhand are able to crack the UPSC mains after passing its preliminary examination. This assistance will help them in better preparation,” said Uniyal.

He added that ₹50,000 were earlier given those who cleared CDS and NDA SSB Interviews, but now, the amount will be “given after passing the written examination for better preparation for the inter. 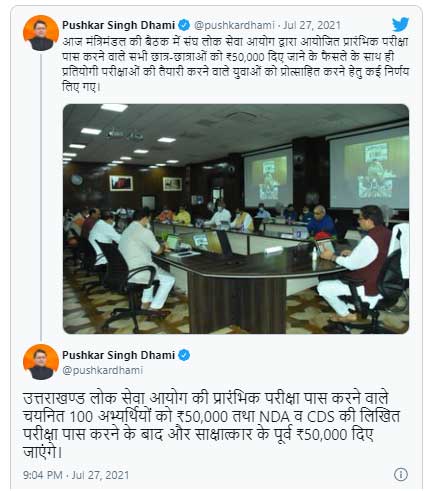