The enhanced delegation of Financial Powers to functionaries in Service Headquarters and lower formations would result in quicker decision making at all levels leading to better planning and operational preparedness of the Services in a quicker time frame and optimum utilisation of resources.

The primary focus of the enhanced delegation of financial powers is to empower Field Commanders and below to procure equipment/war-like stores in a speedy manner for urgent operational necessities and meeting essential sustenance requirements. Last such enhancement at all levels for the Defence Services was done in 2016.

Speaking on the occasion, the Raksha Mantri described DFPDS 2021 as another big step in the series of defence reforms being undertaken by the Government to strengthen the security infrastructure of the country. He stressed on the need to revise the policies to cater to the needs of the Armed Forces, exuding confidence DFPDS 2021 will not only overcome procedural delays, but also bring about greater decentralisation and operational efficiency. 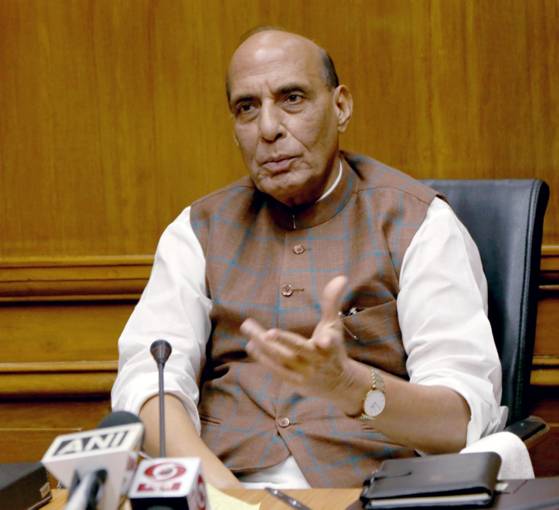 The Raksha Mantri reiterated the Government’s resolve to make the security system of the country strong and ‘Aatmanirbhar’ in every way. Calling for optimum use of resources, he exhorted all the stakeholders to cooperate in realising the vision of the Government. 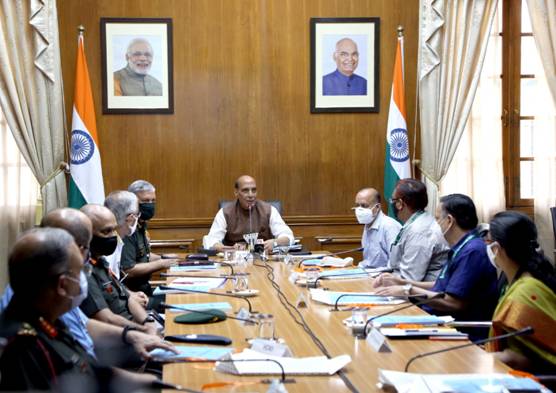 In his introductory remarks, Financial Advisor (Defence Services) Shri Sanjiv Mittal expressed confidence that DFPDS 2021 will provide enhanced impetus towards ease of doing business right up to the grassroots level and facilitate greater decentralisation through enhanced devolution of delegated financial powers. He said it will accord greater efficiency in attaining operational preparedness of the Defence Services. He added that DFPDS 2021 was a result of wide-ranging deliberations by the Services under the aegis of Department of Military Affairs and Department of Defence.

The DFPDS 2021 consists of guidelines related to the following Schedules of Financial Powers:

A general enhancement of up to two times has been approved for the Competent Financial Authorities (CFAs). In certain Schedules, this enhancement at field formations is in the range of up to 5-10 times on account of operational requirements. Delegated Financial Powers of Vice Chiefs of the Services have been increased by 10 per cent, subject to an overall ceiling of Rs 500 crore. Financial Powers of Chief of Integrated Defence Staff to the Chairman Chiefs Of Staff Committee (CISC) as CFA has been enhanced substantially and aligned with that of the Vice Chiefs of the Services.

An enabling provision of Emergency Financial Powers to the Field formations below Command level for the Defence Services has now been incorporated in the Emergency Powers Schedule which till present was available to Vice Chiefs and C-in-Cs/equivalent.

Substantial enhancement has been approved in the Schedules related to Indigenisation/Research & Development up to three times of the existing powers, in line with ‘Atmanirbhar Bharat’ envisioned by Prime Minister Shri Narendra Modi.

A new schedule on hiring of aircraft and associated equipment has been introduced for Indian Air Force which includes hiring of Air to Air re-fuellers. For Indian Navy, powers for replenishment of Disaster Management Bricks have been delegated to Command Level for immediate response to Natural Disasters/HADR Operations.

Clarifications or interpretation of provisions will be addressed by an Empowered Committee headed by AS&FA, Ministry of Defence with representatives of Department of Defence (DoD)/Department of Military Affairs (DMA).

A system of oversight, disclosure and internal audit mechanism will be put in place by the administrative wing of DoD/DMA in consultation with MoD (Finance). Substantial delegation has also been approved for non procurement powers.