What is meant by Gainfully Employed in the Territorial Army?

Every year online applications are invited from gainfully employed Indian citizens to join the Territorial Army as Officers and serve in a military atmosphere without giving up their primary occupations. Here the word 'Gainfully Employed' simply refers to a profession, an occupation, or any other source of income that provides an individual with a means of livelihood.

Gainfully Employed means an Indian citizen both male and female between the age group of 18-45 years who are indulged in either of the below-mentioned services are eligible to apply for the Territorial Army.

The self-employed candidates are required to submit an Affidavit on Non-Judicial stamp paper which states their nature of employment and annual income along with a photocopy of PAN card and self-certified Character Certificate. However, the serving members of the Indian Army, Indian Navy, Indian Air Force, Central Police Forces, State Police Forces, Para Military Forces, and General Reserve Engineering Force (GREF) are not eligible to apply for the Territorial Army.

(o) Employees of Railways are required to submit No Objection Certificate authenticated by Railway Board.

THE FOLLOWING APPLICABLE CERTIFICATE BE COMPULSORILY PRODUCED AT THE TIME OF INTERVIEW: 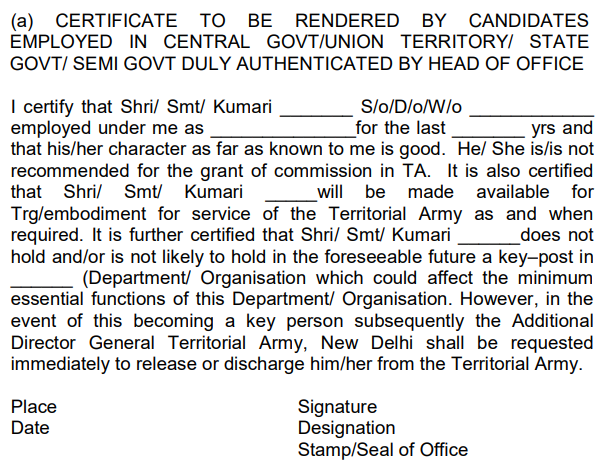 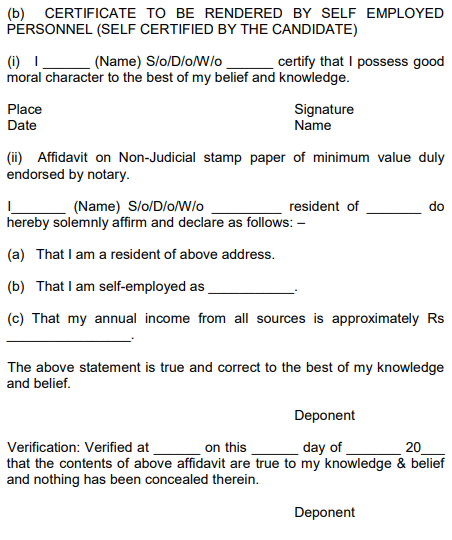 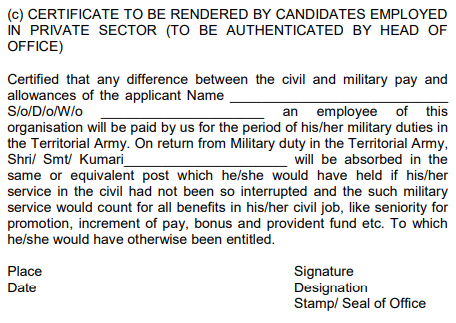