India, the United States and several other countries have called for calm and restraint amid escalating tensions and violence between Israel and Palestinian militants.

Dozens of people have been killed in clashes and airstrikes since the violence broke out, including a 30-year-old Indian woman in Israel who was killed in a rocket attack by Palestinian militants from Gaza.

India’s Stand: At the UN Security Council meeting, India expressed deep concern at the clashes and violence in Jerusalem and called on both sides to avoid changing the status-quo on the ground.

US Stand: The US President has also called for de-escalation of the deadly violence that has claimed dozens of lives.

Response by the Arab World: Iran, Qatar and Turkey completely support the Palestinian cause and are backing Hamas.

The Conflict: It is linked to the age-old tussle over identity and land starting with Jerusalem.
In the first Arab Israel war of 1948, the Israelis captured the western half of the city, and Jordan took the eastern part which Israel later captured and annexed.

The Palestinians are facing the threat of eviction from Sheikh Jarrah, a neighbourhood in east Jerusalem. Their land is to be given to the Jewish settlers.

Also, earlier this year (2021), the Central Court in East Jerusalem upheld a decision to evict four Palestinian families from their homes in Sheikh Jarrah in favor of Jewish settlers.
The issue remains unresolved and potentially inflammable.

The current outbreak of violence is the most severe one since 2014 involving the rocket-firing by the Palestinians and the air-strikes conducted by Israelis in retaliation. 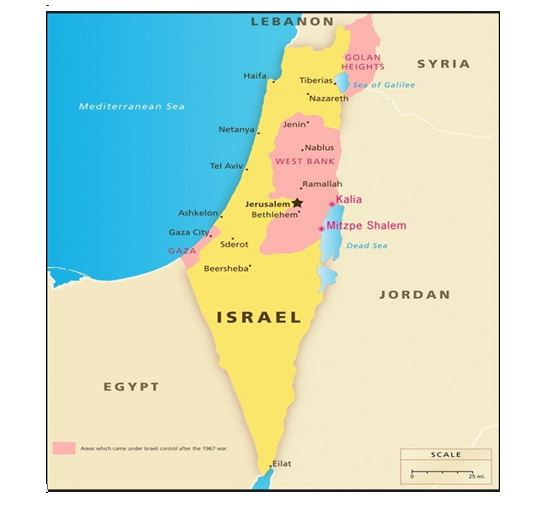 Hamas in Rule in Palestine: Hamas, found in 1987, is a violent offshoot of Egypt's Muslim Brotherhood seeking "to raise the banner of Allah over every inch of Palestine" through violent jihad.

Political Instability in Both the States: There is incapability and stagnation in the leadership structures on the both sides thus leading to too many groups getting out of control, who are resorting to maximum violence.

Divided Israel: The Israelis are all highly divided.

Issues with the Palestinian People: The ground sentiments of the Palestinians are also changing, the majority of them saying they do not want a two state solution.

The US Losing its Significance in the Region: The US is preventing the meeting from taking place at the UNSC for Palestinian cause and completely recognises the rights of Israelis to defend themselves.

Although the current administration in the US has talked about being neutral, it hasn’t invested much diplomatic energy in this conflict.

Change in Leadership: The leadership and generational change in politics of the two States is really very crucial.

Preventing Disproportionate Retaliation: There has to be a certain extent for both the states upto which they can retaliate, disproportionate use of force is not a solution, it will only create more terrorism and extremism.

Role of the Regional Players: The regional players like Saudi Arabia, Qatar and UAE possibly have a better pathway for peace talk than the US. The US does not have as much hold over the region as it used to have.

India’s role: India believes that peace talks are the only way ahead for stability to come in the region and ending this decades old conflict.

The situation on the ground is really bad, the tensions are escalating and looking at the complex issues involved, the issue does not seem to be getting solved in the near future.
Peace talks have been taking place for at least 2 decades but in vain. However, India’s stand still remains for peace talks.

Both sides have to come for a possible solution which is in mutual interest but that can happen only through talks and not bloodshed.