In this article I’ll tell you all details about NDA-2-2021 Exam and the best institute who will make you prepare for each and every specific thing.

UPSC sets the cut-off score for NDA Written Examination.Those who clear the written exam are given call letter to attend the SSB Interview.The SSB Interview is a 5 days process where a candidate’s personality and behavioural traits are assessed.

NDA-2-2021 will be conducted in offline mode and all the questions will be of MCQ type. The exam will be held in both English and Hindi languages. Candidates are asked to attempt two sections- Mathematics and General Ability Test.

Other details related to NDA exam pattern from both the sections have been tabulated below:

Read the following table to get to know about GAT Distribution:

All the questions in the exam will be objective i.e., Multiple Choice Questions will be asked.

After qualifying for the NDA-2-2021 entrance test, all candidates have to appear for NDA SSB Interview. Details are as below:

SSB Stage I : There are two tests in this stage and these are the officer's Intelligence Rating (OIR) Test and the Picture Perception and Description Test (PP and DT). Only the qualified aspirants will be capable to appear for the Stage II interview process.

SSB Stage II : In this stage, the aspirants should go through the multiple PSYCHOLOGY TESTS, Personal Interview & Group testing Officers Tasks. Also candidates attend conferences and CPSS. The entire process of this stage will take 4-5 days time to complete.

NDA-2-2021 will have questions from two sections mainly- Mathematics and General Ability section. The questions will mainly be asked of 10+2 level. Solve as many NDA Previous Year Question Papers as possible.

Given below is the bifurcation of both the sections of the NDA-2-2021  Exam. Marks allotted to each section and sub-sections have been expounded below:

The syllabus of NDA-2-2021 has been divided into two parts namely Mathematics and General Ability Test. The General Ability Test will contain questions from various topics such as General Knowledge (GK), English, Chemistry, Physics, Geography, General Science, and Current Events.

Most of the questions asked in the NDA exam will come from 10+2 levels, especially in Mathematics. For preparing the General Ability test section candidates should read the newspaper on a daily basis.

Candidates, who will be shortlisted on the basis of the written exam, will be called for an SSB interview which will be conducted for 4-5 days. Candidates, who successfully qualify the SSB round, will further call for medical test and document verification processes.

Centurion Defence Academy is known as best SSB Interviews and Written Exam Coaching. The Centurion Academy is the Premier, the Finest and the Best Academy for Services Selection Board (SSB) Interviews for officer level entry into the Armed Forces of India (Army, Navy, and Air Force). Centurion Academy is one of the best Defence coaching institutes available with superior infrastructure campus for the preparation of SSB, NDA, CDS, AFCAT, Airforce, MNS, INET and other Examinations in Lucknow, India.

To ensure your success in Defence examinations, Centurion Defence Academy has designed their coaching program in a digitally & technically adhered and scientific manner that develops both your knowledge and your problem solving abilities. They have a team centurion of experienced and most renowned faculty members and Ex. Officers to help you in becoming offficer. Their faculty members are dedicated and devoted individuals of highest caliber with a genuine concern for building your future in the Armed forces. The academic environment at Centurion Academy is highly encouraging which will help you to get succeed in your efforts.

Every year more than 7000 students enroll themselves for different career perspectives in defence exams .In previous years Centurion Defence Academy has proven its metal by giving highest no. of selections in every course(Success stories are available in Youtube Playlist). Now it’s your turn. 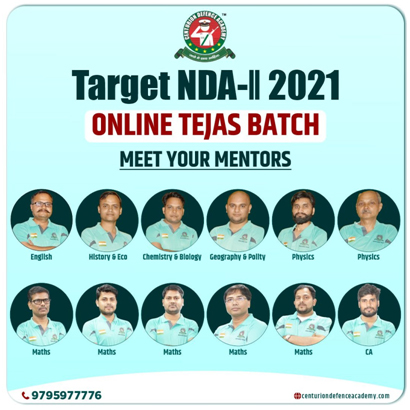 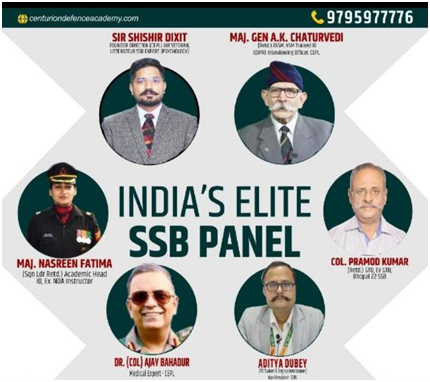 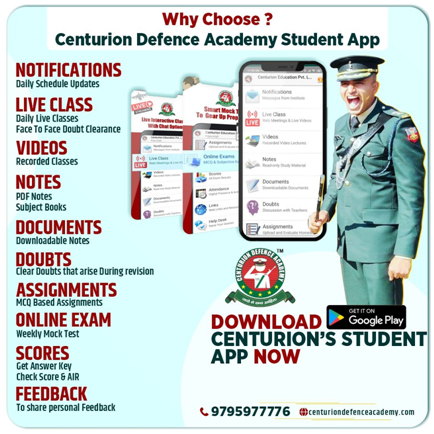 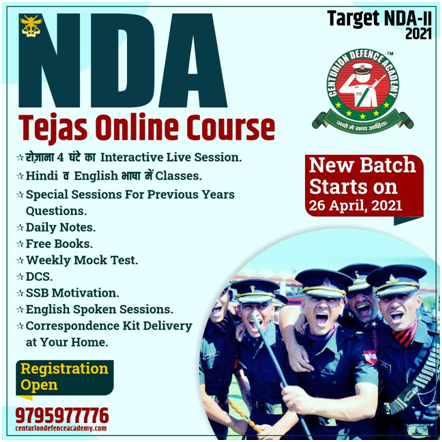 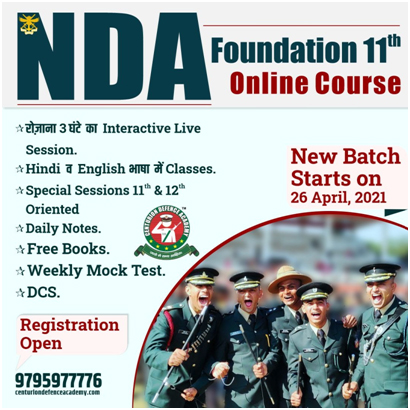 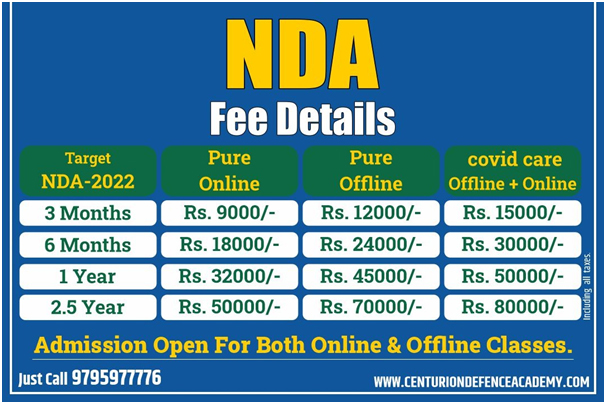 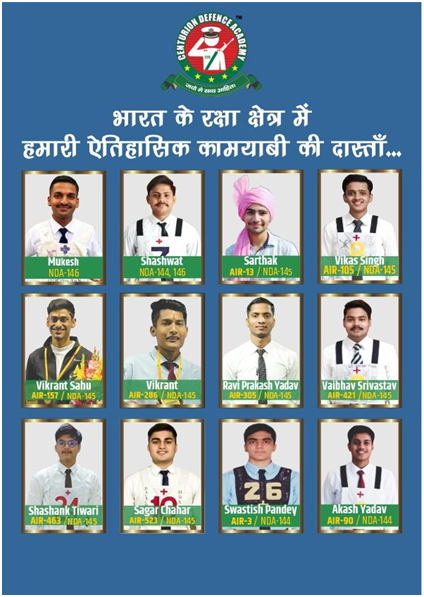 For More Details Just Call at 9795977776 or you can visit official website of CENTURION DEFENCE ACADEMY – centuriondefenceacademy.com

Candidates looking for the best NDA SSB coaching in India for the SSB interview preparation in 2022, Check 5 Best NDA SSB Coaching for your upcoming SSB.[...]

On the basis of the result of the written part of the National Defence Academy and Naval Academy Examination, (I) 2022 held by UPSC, Check Name list of NDA 2022[...]

Defence aspirants who are planning to take the NDA 2 2022 entrance exam can check the detailed syllabus and exam pattern. The NDA written examination consists[...]