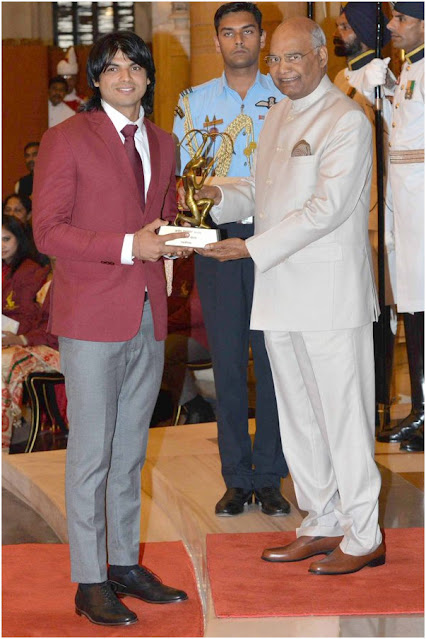 The Indian Army who's always made more than a billion people of the country feel safe by protecting our borders with unmatched dedication has also been very prominent with its contribution towards sports helping the country provide some of the best athletes on the global stage.

In the way Milkha Singh, Rajyavardhan Singh Rathore, Vijay Kumar made the country proud in the previous editions of the Olympics, the Tokyo 2020 Games have also seen a rich amount of athletes coming from the Indian Army who've been very prolific, especially in athletics.

Day 15 of the Tokyo Olympics witnessed another one of the Indian Army's finest in the form of Naib Subedar Neeraj Chopra, competing in the Men's Javelin Throw final and bagging Gold Medal for the country .Neeraj Chopra leads the board with an effort of 87.03 on his first attempt, 87.58 on his second and 76.79 on his third .

India's first-ever junior world champion, Neeraj Chopra, was selected in the Indian Army as a junior commissioned officer (JCO) on the post of NaibSubedar in 2016.

The Army would normally select a sportsperson on a non-commissioned rank but Neeraj's potential in javelin throw was the reason he was given JCO rank which spoke volumes about Neeraj's ability on the field.

The selection in the Indian Army was a big relief for Neeraj personally and also sports-wise, as it meant he would be able to help his family financially and continue with his training as well.

Post joining the Indian Army, Neeraj just went on to hit new heights winning a gold medal at the Commonwealth Games in 2018. The gold in the CWG was conferred with the Arjuna Award in 2018, the award for outstanding performance in sports and games. He would then also go on to win the gold in the Asian Games in the same year.

Now at the Tokyo Olympics finals, Neeraj Chopra has created history by becoming the first-ever Indian athlete to win a medal in athletics at the Olympic Games.