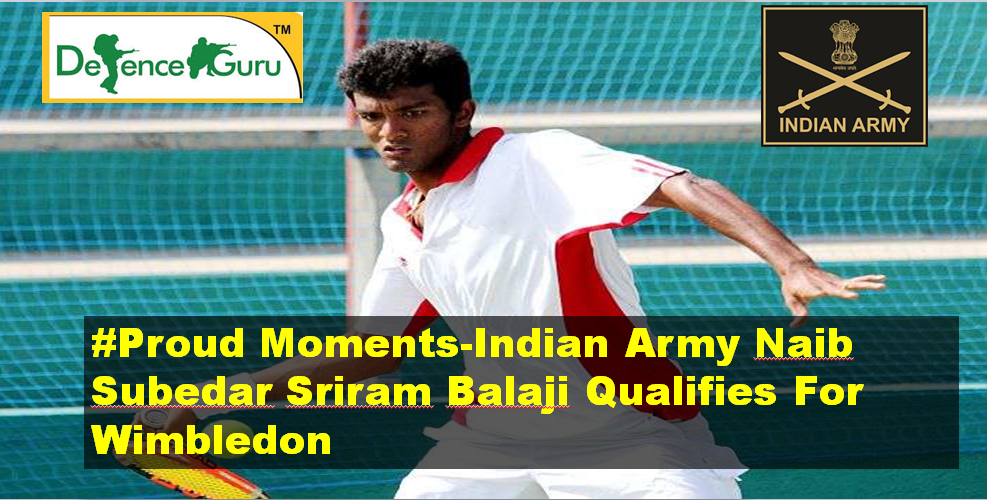 Jeevan Nedunchezhiyan, who partnered Austin Krajicek in the doubles also made it to main draw but Ankita Raina's hopes of a maiden Grand Slam main draw appearance ended in a heartbreaking defeat.Ankita lost 2-6 7-5 4-6 from Russian world number 132 against Vitalia Diatchenko after a brave two-hour-23-minute battle in the second round of the grass court major.

India has not seen a female singles player competing in the singles Grand Slams since Sania Mirza's first round loss at the 2012 Australian Open.But here Balaji and VardhanÂ  made Indian fans happy Â for as they booked their Wimbledon main draw berth with 6-3 6-4 win. It will be a maiden Grand Slam main draw appearance for Vardhan and Balaji.

Later, Jeevan and his American partner Krajicek prevailed over the local team of Edward Corrie and Llyod Glasspool 7-6(5) 6-3 in the final round.It will be the second time that Jeevan will play at Wimbledon.As he had played last year with Jared Donaldson but lost a tough five-setter against Jay Clarke and Marcus Willis.

We along with all Indians congratulate him on this great achievement.