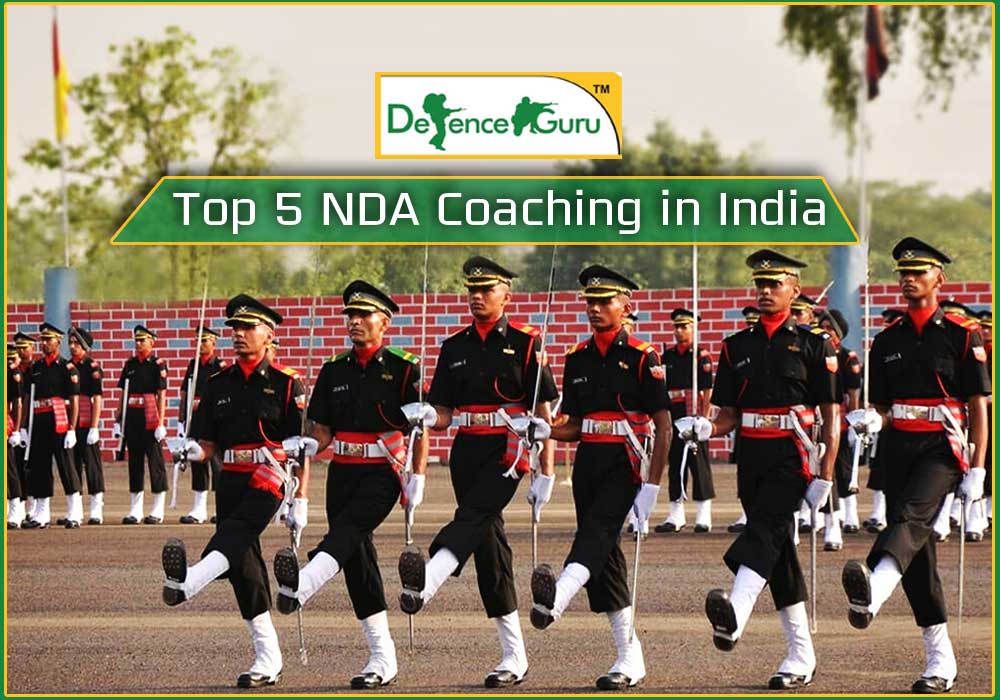 NDA is the foremost choice of Defence Aspirants who want to make their career in the Armed Forces as an officer. Both Male and Female(Passed/Appearing) Candidates can apply for NDA Exam. NDA Exam is one of the toughest exams in India where the selection rate is very low. Total 6,69,000 Candidates applied for NDA (1) 2022 Exam but only 8,247 candidates qualified for the written exam making a selection rate of as low as 1.17%.

So, It requires the finest mentorship to pass a tough exam like NDA. A good coaching Institute makes your preparation journey easy and increases your chances of selection. But, It is very hard to decide which coaching will be the best for NDA preparation.A Good coaching must following qualities to be one of the best coachings for the NDA Exam-

Based on the above parameters, we selected five top defence coachings in India for NDA. Additionally, we have analyzed all the facilities and exposure offered in these coachings, and based on this preparation, a list of the top five NDA Coachings and their contacts have been provided for you.

Why Centurion Defence Academy is The Top NDA Coaching in India?

Such a high number of selections is not possible without good faculties and mentors. Faculties at Centurion Defence Academy have experience of at least 12-15 years and all the Faculties are experts in their respective subjects. Candidates are trained for SSB under the mentorship of Sir Shishir Dixit who is a psychology Expert and Chief SSB Mentor.

Centurion Defence Academy provides new-age hybrid learning exposure to its students through its Centurion Student Mobile App. This App provides recorded lectures, study material, updates on exam-related information and so many other things.

Why is Centurion Defence Academy Dehradun Centre the top second coaching for NDA in India?