Indian Tejas or Pakistan JF 17 Which One Is Better 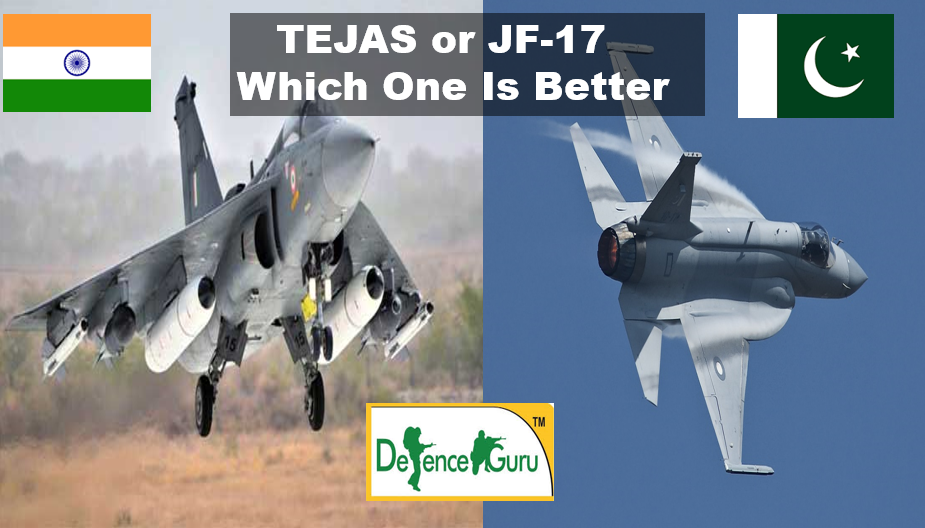 As per the latest reports and from some of the newspaper sources the armed forces are not in favour of proposed versions of indigenous advanced versions of Light Combat Jet Tejas. The Indian Air Force is yet to give final operation clearance to Tejas, which has been in the development mode from last almost 30 years.

In July 2017, the IAF inducted the first squadron of home-grown Tejas with two fighter planes joining the force. The squadron named â€“ Flying Daggers 45 â€“ is expected to have its full strength by 2018-2020. However, the IAF is not eager to expand its Tejas unit.The IAF has raised questions over several limitations that the Tejas has. The fighter jetâ€™s limited range and weapon carrying capacity are on top of concerns that the force has pointed out.

The idea for an indigenous fighter aircraft was conceptualised in the 1970s, but actual work on the aircraft project started only in the 1980s. The aircraft was named â€˜Tejasâ€™ (meaning radiance in Sanskrit) by former Prime Minister Atal Bihari Vajpayee.

Despite the limitations, the single-engine supersonic TEJAS is far more capable than JF-17 Thunder, the combat jet developed jointly by Pakistan and China. As far as technical specifications are concerned Tejas is way ahead of JF-17 Thunder.