Must Know About FIFA 2018 and Full list of award winners 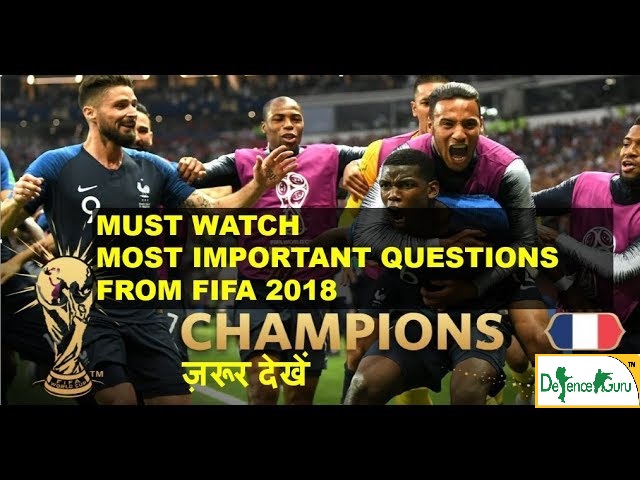 FIFA 2018 world Cup ended in which 32 teams participated and out of those 32 teams France became the Champion of 2018 FIFA world cup. Defence Guru shares some of the important Awards and other information that is very important for your upcoming exam and for SSB Preparation

FIFA (Federation Internationale de Football Association) 2018 Venue was Russia and it was the 21st Edition of it.

Official Mascot of FIFA 2018 was Zabivaka means â€œthe one who scoresâ€ in Russian a very sustainable name for this wolf who radiates Fun, charm and Confidence.

Know about the Team Captains

Thibaut Courtois:- Golden Glove Award after 27 saves , it was most in 2018 FIFA

Guest who were present at Award ceremony

Most Important Lecturette Topics For SSB

Physical Exercises that Defence Aspirants must Know to stay Fit