Reservation in India by Imran Ali 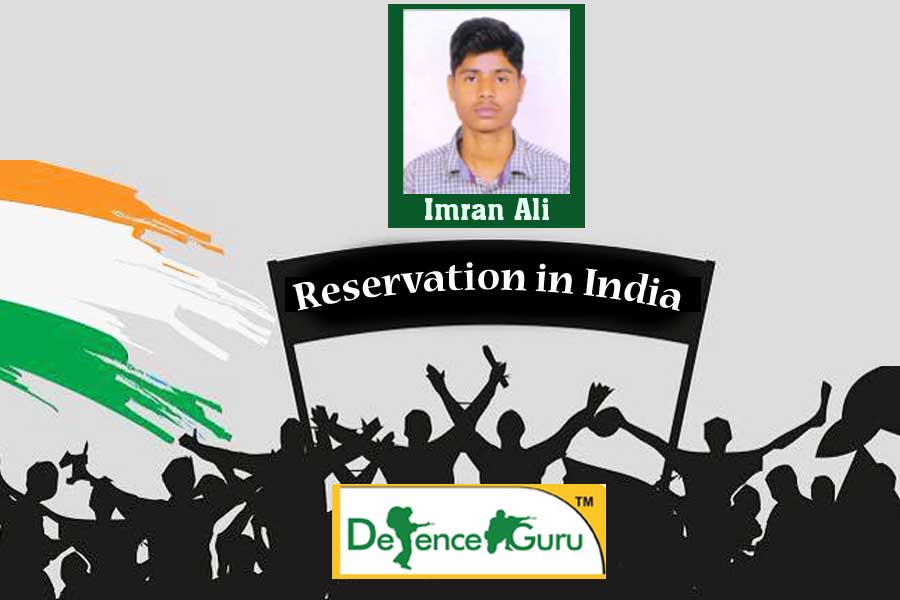 The concept of reservation in India was brought by Dr BR Ambedkar in 1950 who also frame the constitution of India.The system of reservation was brought into existence for the upliftment of the lower caste people of Indian society who were considered untouchableÂ  and were deprived of basic rights. This was mainly done to uplift the schedule caste and Scheduled Tribes and other backward caste people for 10 years. But in 1990 it was restarted by some political leaders and which is continuing till date.

It has become a thorny issue and political medium to gain votes from the lower caste people of Indian society. Today, In India a student getting 90% marks does not get admission in a good college or a good University and the one obtaining 60 or 70% marks gets a good college or university because of the reservation system. Due to which a more efficient and intelligent person is not able to get the opportunity of studying in good colleges and getting good jobs. Because of which the efficient and intelligent youth of India gets frustrated and decides to go to foreign countries to give their service which in turn results in the brain drain in India, which is also one of the major alarming issues for Indian society.

People in India say that they cannot take guarantee of the bridge which is constructed by a person who has studied under reservation because according to them reservation has restricted the entry ofÂ  intelligent youth into the education system.

According to me in India reservation system should be abolished and government should take initiative for conducting impartial selection of students in good colleges, Universities and jobs. Everyone should get equal opportunity for success so that India proceeds towards a great future with specialised, intelligent, efficient, reliable, talented youth.

*Equality is the soul of liberty and there is no Liberty without equality.* Today, general category student has to work much harder than a reserved category. Iin today's tim, nobody believes in caste or religion then why is this caste system based discrimination still prevailing in India? This type of caste based discrimination on reservation, forces us to believe in caste and is the main cause of this thinking. This is an open corruption which is done by political leaders and the government. *So the government should revise the Reseavation system and take stepsÂ  to make the process of selection more impartial, so that it provides right opportunity to the right person as Reservation is like a Sword of abrasion for India's bright future.*