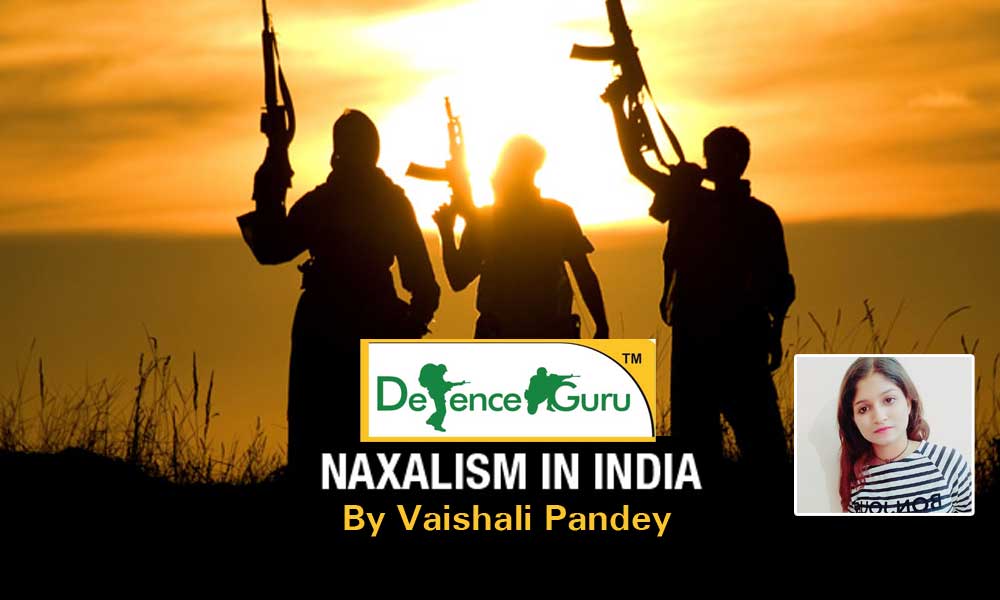 "There will be peace harmony and social progress only if there is equity, justice and dignity for everyone."
India is a vast country with various religions, races all unified as Indians.

Have you ever thought what does a man tamed with wrong ideology do?

Naxalism is one of that major internal problem that India faces today. Without taking up the responsibility of organising the class struggle, if you launch an armed struggle, it will inevitably become terrorism. It will degenerate into terrorist campaign. I have given it name, it's an exercise in socialism in words and terrorism in deeds.

Naxalism is a termite for India that does not empower anybody but let signifies a particular kind of militant and violent armed struggle which ends up with disharmony, loss of life and more of destruction. Naxal menance has caught the attention of intelligentsia as well as the masses like never before.

Ashim Chatterjee, is a member of the original naxal Pari uprising who now mediates between the government and the Maoist.

In the village of Siliguri, West Bengal named as naxalbari, a share cropper was attacked by gaons of upper class on land dispute which later lit a fire of Revenge among the peasants leading to Revolt .
From here only this Revolution got its name as Naxalism and its followers are known as naxals on Naxalite.This small scale movement turn into and advanced one, touching almost around 8 different states with more than 150 district.

At present 640 districts are under control of naxal areas of Assam, Bihar, Jharkhand, Telangana, Chhattisgarh, Haryana and Punjab are some of these States. Naxal violence has resulted in the death of over 10000 civilians and displaced 12 million people. Since 1980 with a significant rise in the number of killings in the naxal hit areas.

Some of the Never forgetting naxalite incidents from history is the Dantewada massacre that have done immense loss to life and property. On 6th April 2010 Dantewada moaist attacked near chintalnar village, dantiwada, Chhattisgarh. This was deadliest Attack by the maoist on Indian security forces leading to the Killing of 76 CRPF police men and 8 Maoist.
This revolution was started with Marxist principles but later on turn into my ideologies which believes- "Power flows through the barrel of gun."

In spite of naxalism termed as biggest problem in adivasi area, the social problems are actually wider in various forms-
1- The torch of development has still left the adivasi region untouched.The people of such region are still forced to spend their valuable life under poverty and unemployment.
2- Even after that so called Independence, there is no feeling of equality at different level and the higher class loves to enjoy ruling over low class.
3- Since Independence, commercialization spread its arms widely which reduced traditional assess of forest produce.
4- Besides destroying the natural environment,mining based industries and the construction of large dams cost wideÂ  scale displacement of tribals.
5- Government focus more on privatisation, which give loan to the protest of workers, rural poor who suffered largely and mainly in the name of economic reforms.

Naxalites believe, that rights are something you "Fight For,Not Plead". The main reason for growth of naxalism is the exploitation of poor and social tribes.The ideologies of maoists have always attracted the youth towards them, because what a man can do for living when they have no other source. Having said that naxalite movements attempted to serve equity in the society by means of a mass movement and struggle and they did achieve it to some extent but at the cost of economic development of the state.

There has been a range of violence that ended up harming masses by way of destruction in schools, trains,Railway lines etc.

The need of an hour is to fill the gap through mutual understanding,rightway and proper rehabilitation along with police protection and security ,as well as ,development has to run hand in hand .

Defence guru share Monthly Current Affairs September 2022 pdf for all defence & other exams. Our experts have rooted out the most important events from Sep 2022[...]