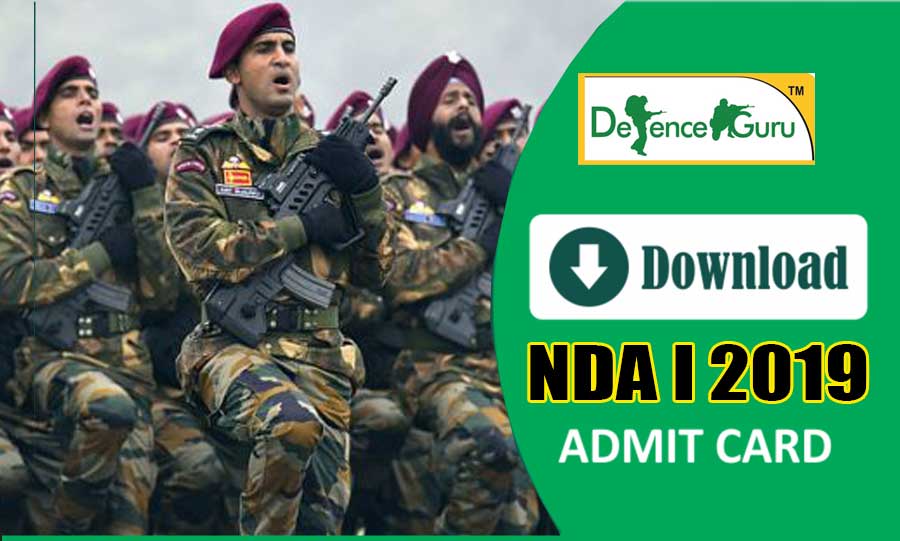 The UPSC Union Public Service Commission has published the e-admit cards for the NDA 1 2019 National Defence Academy and Naval Academy Examination (I) 2019 for candidates who have registered for the NDA 1 2019 examination successfully. The National Defence Academy (NDA) NA (Indian Naval Academy) examination (I), 2019, is scheduled to be held on 21st April 2019. The examination is being conducted by the UPSC for admission into the Indian Army, Navy, and Air force wings of the NDA and NA. Below are the important details related to NDA 1 2019 exams and admit card instructions.
UPSC will be conducting the National Defence Academy and Naval Academy Examination (I) 2019 at various Centers/Venues all over India on 21st April, 2019 (Sunday). The Commission has uploaded the e-Admit card for the convenience of the admitted candidates on the Commissionâ€™s web-site (https://upsconline.nic.in). The admitted candidates are advised to download their e-Admit Card for the Examination and take a printout thereof. The admitted candidates will have to produce the printout of their e-Admit Card at the allotted Venue for appearing in the Examination, along with Photo Identity Card mentioned in the e-Admit Card.
The Candidates are advised to take a printout of the e-Admit Card well in advance to avoid last minute rush. â€œImportant Instructions to the candidatesâ€ must be read carefully by the candidates.Â

On the basis of the results of the COMBINED DEFENCE SERVICES EXAMINATION CDS 1 Results 2022 Out [...]