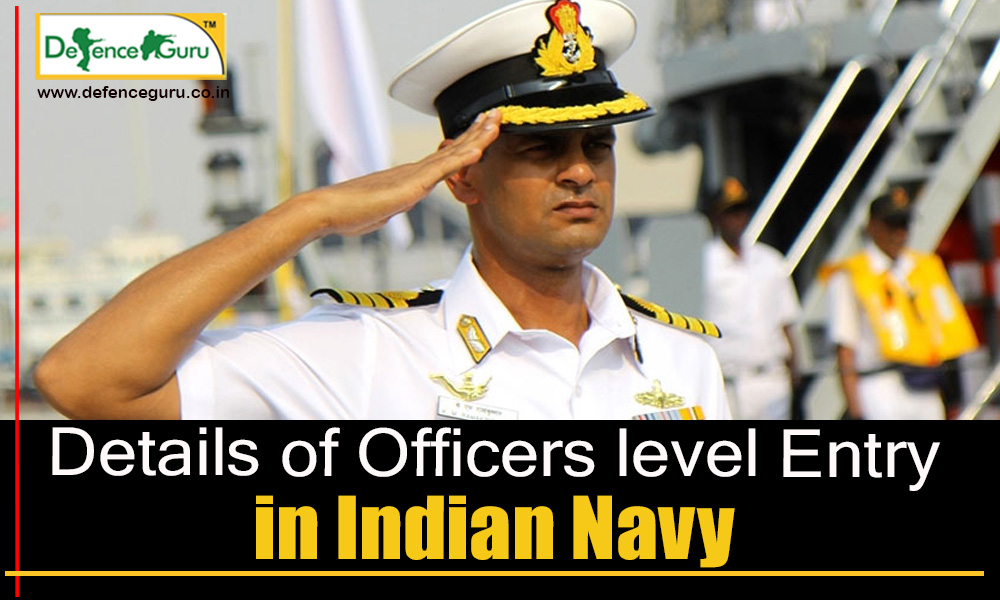 SAVOUR ON A PROMISING CAREER

In a world of flaunting gadgets, cars and branded t- shirts, be exclusive- be a hero- be a pro at serving your motherland! If you have a zeal for exploring places, bravely guarding your country, travelling across deep blue sea, and living the proud life of an officer then Indian Navy is your terminal.

Working under the President of India as its Supreme Commander, the Indian Navy is a branch of Indian Armed Forces. The aim is to safeguard India’s maritime security and national interest. Not just the name but also the benefits of Indian Navy carry an aura of superiority. To list some perks, joining Navy gives you access to: leadership opportunity, ration, clothing, healthcare, naval house, leave and travel concessions, an appealing personality, handsome salary and not to forget the luscious promotions!

To nab these benefits dive into some vital details of Officer level entry in India Navy. So here is a compact of all the essentials:

Under the Executive banner come general service, hydro, pilot, observer, logistic, NAIC, IT, law, sports, musician and ATC; under engineering are included general service, submarine and architecture; electrical field is incorporated with general service and submarine; Education officers train, educate and professionally develop officers and medical officers get a vast exposure in the field of medicine.

On a side note, if you want help in syllabus of above exams or good study material then tap in to www.defenceguru.co.in

Candidate must have passed class 12th with 75% marks in aggregate in Physics, Chemistry, and Maths and 50% in English from a recognized institution. Add to that there is a long list of separate criteria for various positions of Officers. So just login to the official website for details.

Gross difference lies in a knowledgeable man and a successful man. Only when knowledge is put into use can it bring real success! So grab the above information thoroughly and get started with your prep mode.

A candidate who has been recommended by the Services Selection Board will be subjected to a medical examination conducted by a Board of Service Medical Officers[...]