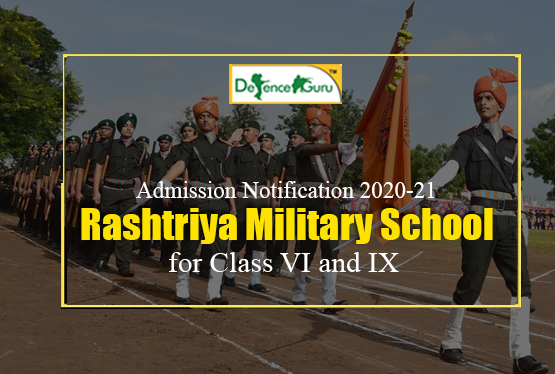 Bringing an end to the await of thousand Rashtriya Military School aspirants, it has finally published it admission notification and here are the details:

Note. Six months relaxation in upper age limit is permissible for the wards of personnel Killed in Action for admission to Class VI and Class IX respectively.

Well well the golden opportunity to make a stellar career ahead has arrived. Don’t let it slip away so easily, apply for it right now. Good luck!