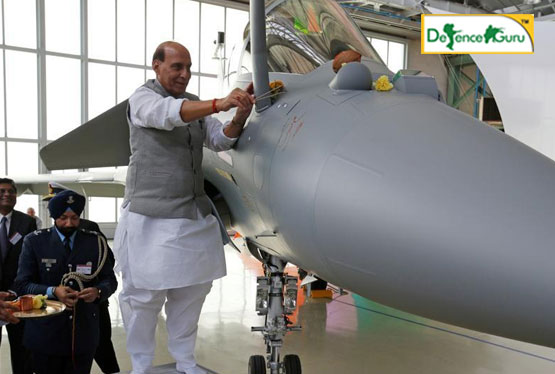 On the auspicious occasion of Dusshera India made another remarkable addition to its book of achievements.

You surely remember the September deal, right? Well as per the deal India will receive a batch of first four Rafale jets out of thirty- six in May, 2020.  Succeeding the deal, Indian Defence Minister also flew a sortie and was much in news.

A recent development or to say the final step has been taken on the day of Dussherta this year. Yes on 8th October, 2019, Indian Defence Minister, Rajnath Singh was handed over first omni- role Rafale jet that is highly efficient to combat any attack from the opponent.

After the much awaited equipment was handed over to Mr. Singh, he performed shastra puja on the aircraft and also flew a sortie on it. Later he conducted Annual Defence dialogue with Florence Parly, his French counterpart.

Mr. Singh assured everyone that by February 2021 India will receive 18 Rafales and by April 2022 it will get the whole pack of 36 Rafale.

The Rafale deal has certainly strengthened India and French bond. Prior to the handling of Rafale, Rajnath Singh and French President Emmanuel Macron met at Elyeese Palace and discussed more about boosting up India- France relationship.

Furnishing the day with a note of positivity, Rajnath Singh said that Rafale means “gust of wind” and he hopes that the equipment will live up to its meaning and render the best of service in favor of India.

Indian Defence Minister also thanked French President, Mr. Macron for his support in upholding ties with India as well as helping in progress of ‘Make In India’ project.

Furthermore, Mr. Singh also plans to address the CEO of French Defence industry and insist them to pay their support in ‘Make- in- India’ project as well as the DefExpo scheduled to be held in Lucknow, U.P on from February 5- February 8 in the year 2020.