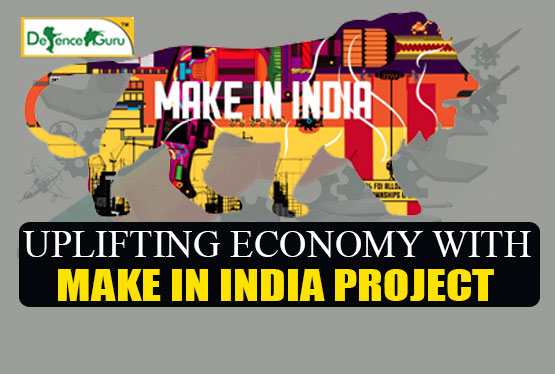 Charity begins at home and so does development!

Making home the chief stage to commence with rapid economic growth India launched a mega mega project known famously as ‘Make in India’. Ever since its inception, the project is making rounds all over the news which in turn makes it crucial for SSB Lecturette. So here is an in- depth overview of the project:

The date of launch of this eminent scheme dates back to 25th September, 2014.

The Government of India initiated ‘Make- in- India’ with an aim of increasing manufacturing in Indian companies so as to generate more employment, services, output and finance. The crux of the objectives is to heighten manufacture in India.

No plan emerges without a cause. What triggered the BJP- NDA government to take this move was a depreciating economy. 2013 witnessed a really sluggish Indian economy so much so that it was tagged as ‘Fragile Five’ in context to 5 BRICS nations. Unemployment was on rage and the citizens held enough complaint and contempt for the government.

Reflecting upon the crisis Prime Minister Narendra Modi injected the ‘make- in India’ plan for strong nation building. The timeline initiated by Prime Minister was ‘Minimum Government Maximum Governance’. To promote the plan various businessmen across the nation were approached along with inviting tenders from various investors and partners around the globe. The Department for Promotion of Industry and Internal Trade (DPIIT) especially worked for promotional strategies.

Elaborating the process of ‘Make- in- India’ let me tell you it rests upon 4 pillars:

New processes- To raise the graph of entrepreneurship India has recognized ‘ease of doing business.’ It aims to make the business environment easy as well as regulate the business life cycle, terms and policies to the utmost benefit.

New Sectors: 25 sectors have been recognized by India for manufacturing purpose.  From automobiles, chemicals, Defence exports to railway, oil and thermal industry nearly all prime fields have been covered.

Summarizing it together, the core objectives of ‘Make – in- India’ can be listed as:

The plan portrayed, time to highlight the achievements.  It’s been 5 years since ‘Make- in- India’ came into vogue and there has been a recognizable progress in Indian economy due to this great scheme.

Indian ministry has also joined hands with World Bank for working out business methodologies. The DPIIT and World Bank have conducted various workshops with State government and other Ministers.

An Investor Facilitation Cell (IFC) was also formed in 2014 especially for the handling of ‘Make- in- India’ project. It handles regulation of approval, hand holding service, investment and execution.

Add to that, 6 industrial corridors have been opened with numerous smart city projects in line.

6 metro coaches manufactured in Baroda were exported to Australia marking a historical achievement.

Most importantly a 14% rise in manufacturing sectors has been registered.

All in all with a noble approach and a kind objective of national development, ‘Make- in- India’ has been a game changer. It had turned India’s fortune and requires our continuous support and effort to bring far more beneficial outcome.