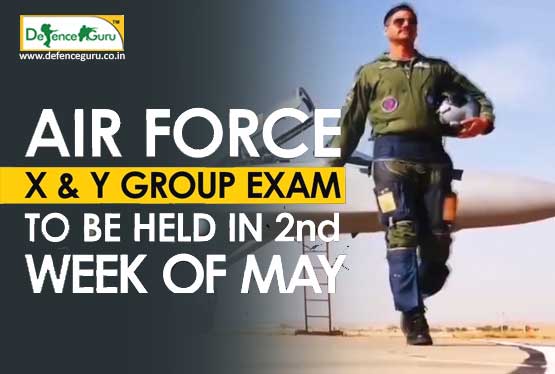 The Indian Air Force has postponed and cancelled the Airmen- I 2020 Exam that was to be held from 19th March to 23rd march, 2020. In the wake of the global outbreak of Coronavirus and under the impending Act of Section 144, the exam is for now tentatively postponed to be held in the last week of April, 2020. This message is officially cited from the IAF Body itself stating, “Fresh examination dates for the same exam shall be published and cited later by the Indian Air Force and for any latest updates and amendments, the official website www.airmenselection.cdac.in can be referred.”

As per sources, IAF had on 9th March uploaded the Admit Card for the aforesaid exam on its official website www.airmenselection.cdac.in and STAR 01/20 had already planned E-Pariksha in 86 cities to be held from 19 March to 23 March which due to various government advisories and Section 144 has for now been postponed not cancelled till any further notice or update is released out. The decision to postpone the exams is that the central government as well as local authorities are taking up certain measures to contain and control the spread that comes in the wake of Coronavirus outbreak. Several national and state level exams have been postponed and rescheduled to be held on later.

The process shall be accordingly followed that after the very conduction of the exams, the IAF Airmen Exam –I- 2020 result would be declared within a time period of 1 month and a cut off range would test and form the basis of the candidates clearing the IAF Phase-I Exam who will then be shortlisted and called to appear for the Airmen Phase 2 Exam.

All candidates who will be appearing in Indian Air Force Airmen Exam-I- 2020 should keep a track of any latest updates or news on the official website www.airmenselection.cdac.in till any further notice is updated.