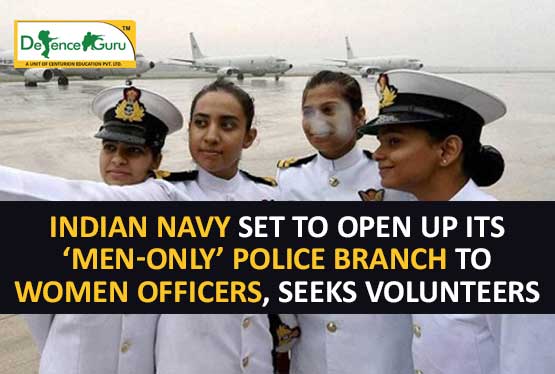 Provost is a non-sea-going cadre, so compulsory sea service will not be a criterion for promotions as in the case of other executive branches- A senior Naval Officer told The Print on the condition of anonymity.

The officer said the move is seen as another step towards grant of permanent commission to women officers across branches, including consequent promotions, as Provost Officer have the opportunity to perform well and attain promotion up to the rank of a Commodore.

The move has come within weeks of the Supreme Court’s ruling to grant Permanent Commission to Women Officers in the Navy. On 17 March, the court upheld a 2015 verdict of the Delhi High Court and outlawed gender discrimination towards women officers during the grant of permanent commission in the Indian Navy.

The Navy has sought applications from officers, men and women, by May, according to sources in the force.

At present, women officers in the Navy serve in many cadres, including three where they have the option for choosing permanent commission.

Last year, a woman officer graduated the pilot’s course to be the first woman pilot of Dornier. Women officers also serve in operational appointments as ‘Observers’ in the Navy’s maritime reconnaissance aircraft like P8i, IL-38 and Dornier.

There are over 639 women personnel in the Navy, including 148 medical officers and two dental officers.