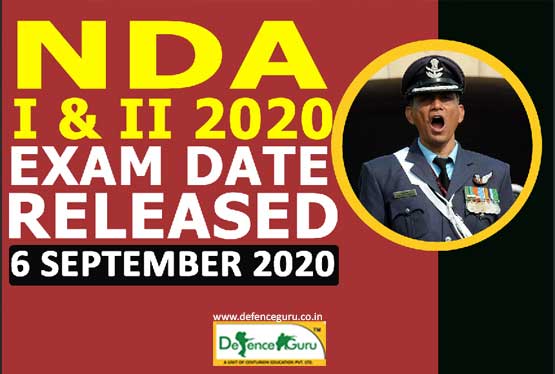 “Only one NDA exam this year will be conducted for NDA i.e. combining both NDA I and NDA II exams together on September 6, 2020”.

As per the official notification released on UPSC website a complete revised UPSC exam date calendar is out. Union Public Service Commission has released the annual exam calendar of the revised exam dates for UPSC Civil Services, NDA, CMS and other examinations conducted by the commission. All the associated exam dates can be referred on UPSC Exam Dates 2020 Calendar of UPSC. Check the complete list of exams and the UPSC Calendar 2020 on the provided link - Click here

Major Turning Point in the NDA 2020 Exam, the best and better opportunity has never been arrived in NDA examination since its inception. Competition level is on its peak with most renowned opportunity on your way.  The most appropriate time to start your preparation for NDA examination for NDA September 2020 exam begins. The total aspirants appearing around 5-6 lakhs where 8000 candidates are expected to be selected for SSB Interview, you can grab the chance to fit in the merit list.

Key Points to be Highlighted Includes:-