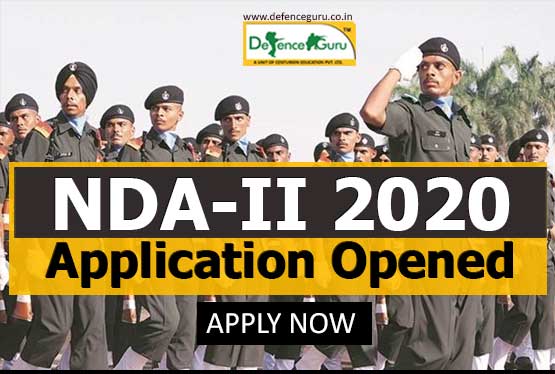 Fresh notification for NDA & NA (II), 2020 is scheduled to be released on June month while candidates jumbled with multiple questions about NDA I and NDA II single day examination date. A most prominent step for candidates eligible for NDA II 2020 examination has begun.

An examination will be conducted by the Union Public Service Commission on 06th September, 2020 for admission to the Army, Navy and Air Force wings of the NDA for the 146th Course, and for the 108th Indian Naval Academy Course (INAC) commencing from 2nd July, 2021. Shortly all the latest updates fetched from the official sources are posted on defenseguru.co.in.

The approximate number of vacancies to be filled on the results of this examination will be as under :—

“Only one NDA exam this year will be conducted for NDA i.e. combining both NDA I and NDA II exams together on September 6, 2020”.

The best and better opportunity has never been arrived in NDA examination since its inception. Competition level is on its peak with most renowned opportunity on your way. The most appropriate time to start your NDA examination preparation for NDA September 2020 exam begins. Join Centurion Defence Academy the best NDA Coaching for sure shot success asserted with target-oriented and result-oriented batches for upcoming NDA September 2020 Examination.

Be an Efficient Learner! Save Time and Effort! Get Centurion Defence Academy Student App.