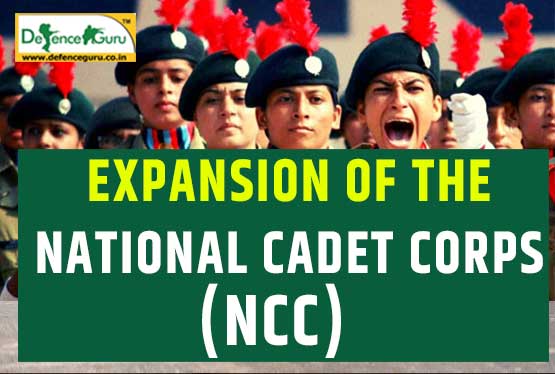 The elastic heart of youth has to be perfectly shaped accelerating the best in them, great that NCC does. To be a NCC cadet you not only benefitted with the physical or mental stability but also boost your career. PM Modi in his speech mention the role of NCC Cadets during the ongoing pandemic, over 60,000 NCC cadets have been deployed for voluntary relief work in coordination with district and state authorities across the country.

In his I-Day speech, PM spoke about the expansion of the National Cadet Corps (NCC) in coastal and border districts of India. The announcement on Independence Day marked important for the NCC cadets both boys and girls.

Highlights of the expansion of the National Cadet Corps (NCC):-

PM Modi mentioned that the expansion of NCC in the border and coastal area has been under consideration of the Ministry of Defence for quite some time and Independence is the best day to announce the major development in the sector where currently, the NCC has the strength of around 14 lakh cadets from Army, Navy and Air Force wings.

Headed by a Director-General of three-star military rank, the NCC falls under the purview of MoD and is led by serving officers from the Armed forces at various hierarchical positions. It enrolls cadets at the high school and college level and also awards certificates on completion of various phases.

The NCC has been at the forefront of 'Nation Building' by grooming the youth into disciplined citizens, conducting social awareness and community development programmes and adventure activities aimed at all-round development of its cadets. Candidates ready to join NCC can start on a good note with PM Modi Independence Day announcement.