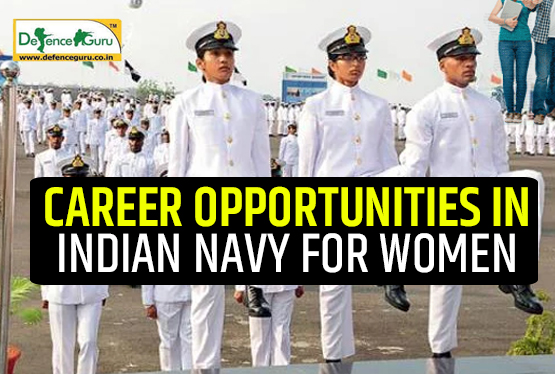 Women were inducted only in the Armed Forces Medical Service till the year 1992. From July 1992, the Navy started inducting women as Short Service Commissioned Officers in select branches of the Navy. Presently the women are inducted into the following branches/cadres/specialisations of the Navy as Officers:-

The government has also given approval for Permanent Commission (PC) in Education Branch, Law and Naval Architecture on completion of SSC tenure depending on merit and vacancy. Check the Career Opportunities here: