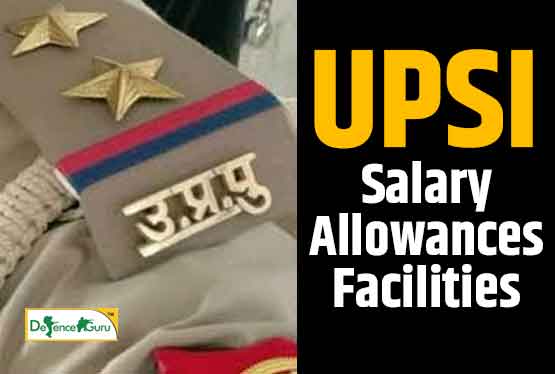 UP Police Sub-Inspector (UP Police SI) is a coveted job in the government sector with an excellent growth opportunity for the young aspirants. UP Police SI exam is conducted by the Uttar Pradesh Police Recruitment and Promotion Board (UPPRPB) to recruit eligible aspirants for the post of Sub-Inspector in UP Police. The job of UP Police SI is a highly reputed post that ensures social justice, maintains discipline, and regulates the law & order for the well-being of the citizens. The structure of the UP Police SI Salary is a crucial question among the candidates who are preparing for this job. To help candidates get an accurate answer regarding UP Police SI Salary, we have come up with detailed information on UP Police SI Salary, Allowances, and Facilities.

The above-mentioned details regarding UP Police SI salary are provided as per the previous notification issued by the Uttar Pradesh Police Recruitment and Promotion Board (UPPRPB). The basic salary components of UP Police SI may vary as per the latest notification which is expected to be released soon.

Explore our website to read more articles on several relevant topics. For complete preparation of the defence exams such as SSB, AFCAT, CDS, NDA, MNS, and latest notification updates subscribe to us now.