Difference Between OTA and IMA in CDS 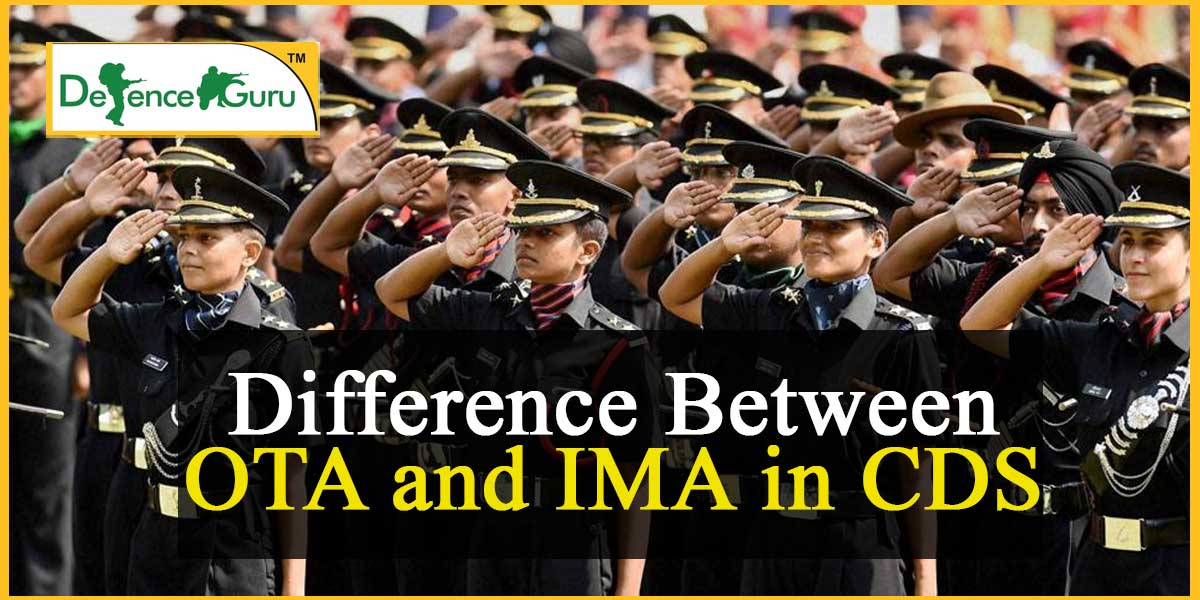 Combined Defence Services (CDS) Examination is conducted twice a year by the Union Public Service Commission for recruitment into the Indian Military Academy, Officers Training Academy, Indian Naval Academy and Indian Air Force Academy. The notification for these two examinations is usually released in the month of August and November and the examinations are conducted in the month of February and November. Those Candidates qualified in the written exam. Then they are shortlisted for an interview by a Services Selection Board which evaluates a candidate's suitability for a career in the Indian Armed Forces.

Difference Between OTA and IMA in CDS

If you are going to apply for CDS in Indian Army then there are two terms with which you’ll come across a number of times. These two terms are OTA and IMA. To be able to fill the application correctly, understanding and matching with your preference it is necessary that you are clear with the meaning and the difference between these two terms. OTA stands for Officers Training Academy and IMA stands for Indian Military Academy, both are honorable institution for developing, changing and training the young guns of India and transforming them into Army officers.

Mostly the educational qualifications for joining both of these institutions of Army are same but there are some other differences between the two. You have to pass a written test and get recommended from the SSB for joining any of the two.

Some major differences between OTA and IMA

Which Is Better in CDS OTA or IMA ?

There is nothing better or worse when we talk about the Army; it’s just your eligibility and your own will. Well of course women aspirants don’t have an option except OTA to join the Indian Army. The gentlemen however have an option. Without saying much I would like to ask you that if given a chance to be in the prestigious Indian Army how much would you like to stay? Longer I guess? Then I hope you have got it that which one to join!