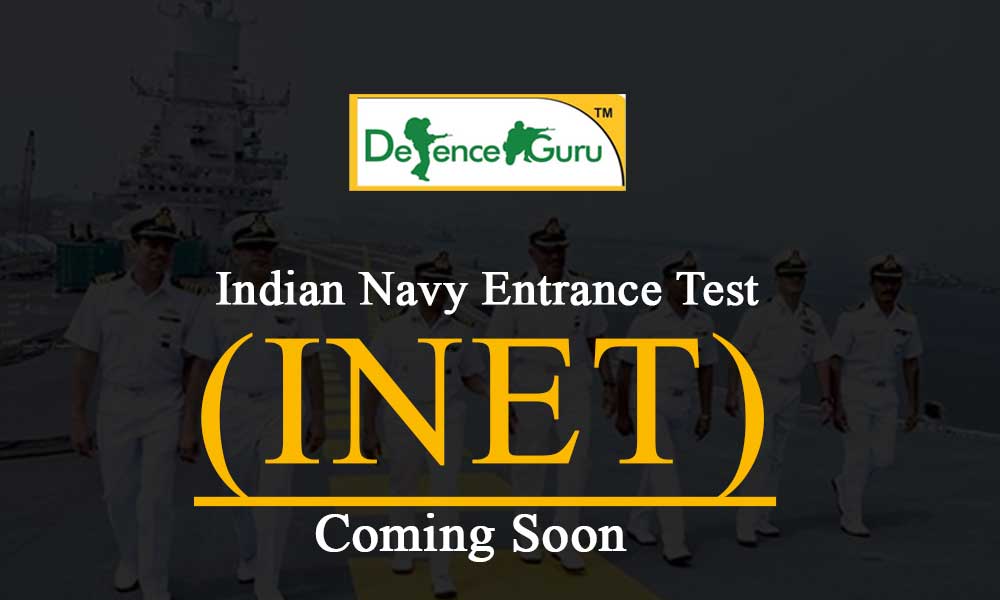 Indian Navy will soon commence a new Entrance Exam for Officer Entry called Indian Navy Entrance Test (INET). This exam will be similar to that of AFCAT which is conducted by Indian Air Force for men and women. Although both men and women are eligible to apply for direct entries in the Indian Navy, but as of now, only male candidates are inducted into the Indian Navy through CDS. And that's the reason why many female aspirants who want to join Indian Navy don't get enough chances for the same. But from now, these aspirants will get enough chances to prove themselves for the selection in Indian Navy through INET.

Indian Navy has confirmed that they have got approval for Indian Navy Entrance Test from the Ministry of Defence. Defence Minister, Smt. Nirmala Sitharaman itself gave a green signal for this Entry. As of now, INET is only available for Sailors Entry in the Indian Navy which has successfully conducted an Online Examination in March 2019. Now, this Entrance Exam will soon applicable for Officer's Entry.

This is really great news for all defense aspirants who want to settle their career in the Indian Navy as an Officer. Now, every eligible candidate will be able to join the Indian Navy as an officer for Pilot, Observer, Logistics, Naval armament, etc. So, start preparing from now itself to crack the INET and get selected in the field as an Officer where you have an "Ocean of Opportunities"