Gig Economy - A Saviour From Unemployment 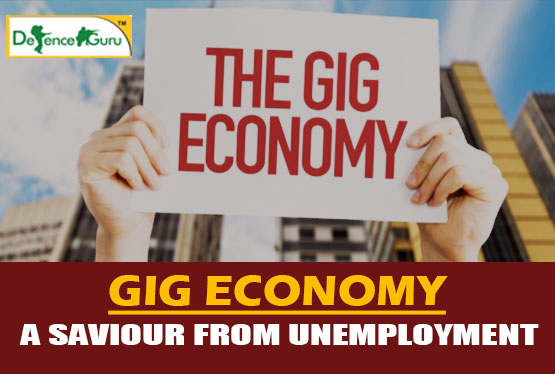 Unemployment provides a litmus test to an economy. It is the chief indicator of economic regression. To define simply, unemployment is the inability to find job+ the insufficiency of employment. Able bodied members, who are well educated, struggle to find suitable job. Dissected into voluntary and involuntary unemployment, there are 4 basic categories of this troublesome situation: frictional, cyclical, structural, and institutional. Ranging from high population, immobility, seasonal unemployment (agricultural) to slow industrialization, lower economic growth, less saving and defective planning the causes of unemployment are innumerable. In India specifically the data is quite poor with 2018 seeing 31 million people not employed properly. Tackling this crisis is the burning issue nowadays.

Gig economy is dotted as the 2019 solution to curb burgeoning unemployment in India. Gig, sounds funky? Replicating short- term employment, gig economy refers to any job done under the umbrella of freelancing, internet outsourcing, home based or temporary project. To understand the in- depth nature let’s take a quick glimpse on its features:

Can gig employment change the dripping scenario of Indian joblessness? To clarify this dilemma let’s take a look at the following facts and future prospects:

Its pretty obvious how Gig employment is the welcome trend in India. No doubt it has its perks and cons but on a positive side the Gig economy has added jobs in India. 7 million jobs in 3 years is the new statistics and it isn’t bad. Hoping this emerging trend to improve the economy, I have endeavored to bring you an updated article on how to crackdown unemployment through Gig economy for your SSB preparation. Hence read it well!