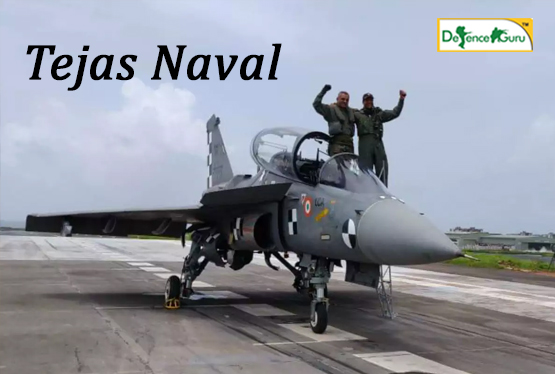 Earmark 13th September, 2019 because India inked a splendid incident in its archive of fame and achievements.

The queen of our nation, Indian Navy is a three dimensional naval branch of Indian Armed Forces. Headed by the President of India, it is commanded by the Chief of Naval Staff. With the objective of combating foreign attacks and safeguarding maritime borders, the Indian Navy is swelling with upgradation.

The most noticeable, striking and recent procurement is of Tejas jet. In order to equip Tejas for Navy a program was initiated wherein the naval variant of Light Combat Aircraft (LCA) made a successful “arrested landing” in Goa on 13th September, 2019. The Tejas- N, an integral part of Indian Air Force, is now designed to make a landing on INS Vikramaditya- India’s only operational aircraft carrier.

The test was conducted at INS Hansa Goa under the charge of Defence Research and Development organization (DRDO) and Aeronautical Developmental Agency.

The aircraft possess the ability to successfully pause at short distance using wires attached to its fuselage.

“Arrested landing” in itself is an achievement for India as only Russia, U.S.A, U.K, France and China have experienced it till now. As of now shore tests are conducted. Once they are successful the naval test pilot will carry forward the development. As per the recent survey 60 sorties in May- June have been flown at the Goa test facility.

The engineers predict that Tejas- N can land at a ‘sink rate’ with an approximately 7.5 meter per second on INS Vikramaditya.

With this move a leap in India’s favor has been made as it will be the first aircraft to function on Indian Navy base.

The Naval version of Tejas is unique in its features with its stronger landing gear+ ability to hold ski jump ramp during take- off. Add to that the brilliantly crafted Tejas eases pilot’s workload by permitting hands- free take off. There is an incredible flight control law as well.

To sum up, in the words of Defence ministry of India this has been a “golden letter day in the history of Indian naval aviation.” With much expectation we long Tejas to add glitter to Indian Navy.