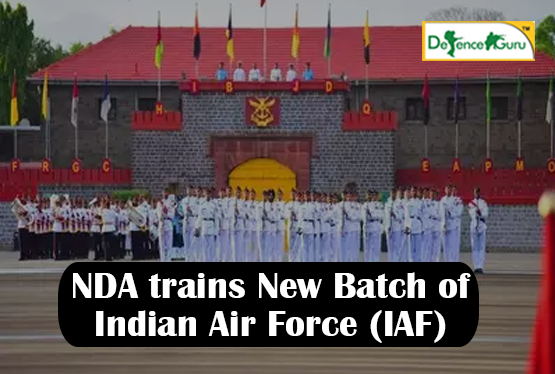 A TOKEN OF UPLIFTMENT

NDA has triggered a massive move to abreast the Indian Air Force with increased count of quality officers.

On Sep 17, 2019 National Defence Academy (NDA) made an announcement to train Air Force candidates for ground duty officers (technical as well non- technical). The amendment is planned to come into being from May, 2020. UPSC and Air Headquarters have sanctioned NDA to implement the training process.

Indian Air Force is one of the most honorable pages of the Indian Armed Forces. “Touch the sky with glory” reads the motto of IAF since its official inception in 1947 although it has been in service since the time of British and World War.

The career opportunities are thrilling and luxurious in Indian Air Force. From ground duty to pilots the ranks and positions are ample in number, each having its own perk. Technical and non- technical positions are in demand. Considering this, NDA reflected upon a dire need of well proficient and excellent officers and so came up with the news of training Air Force Officers under its umbrella.

The training will be special and modernized in sense it will incorporate guidance towards handling specific equipments, advanced aspects of administration, aircraft maintenance and logistics. It will proceed in the Air Force Academy in Dundigal, Hyderabad.

On a side note, the technical candidates will receive training in Bengaluru while non- technical ones will be imparted training in Hyderabad.

Planting seeds of harmony with such a noble endeavor, NDA and Indian Air Force are riding on the highway to elevate the quality and quantity of Indian officers. This news is a praiseworthy measure to trigger development.