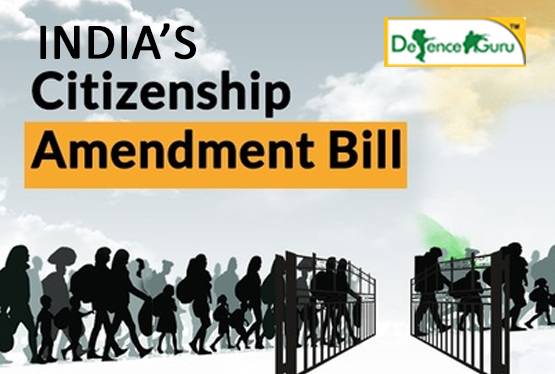 The world is welling up with crisis of all sorts. While some our concerned about purchasing villas in Hawaii or a hill top bungalow in Shimla there are crores of others who don’t even have a shade of tent over their head. To the rescue of such indigent humans comes India’s Citizenship Amendment Bill. Let’s deep- dive into facts and figures of the bill:

The world would be void without criticism and so would be the news of Citizenship Amendment Bill. Here is a glimpse of the opposition perspective:

Assam will have a massive invasion of people from neighborhood countries especially Bangladesh thus disturbing the demography. Assam’s employment, natural resources will bear more burden along with a threat to its original culture and language.

There has been no assigning and division of place of stay for the immigrants which makes Northeast a default home for these people. As a result population in the Northeastern are will see a surge.

Certain notions are incomprehensible such as: why people from Afghanistan, Pakistan and Bangladesh are given refuge and not the citizens of Myanmar, Sri Lanka, and Nepal? Why immigrants of all minority religions are applicable for this amendment except Muslims?

It stands as a breach upon Article 14 which renders equal rights irrespective of religion and Indian resident-ship.

Since the North Eastern states are not in support of this Amendment it creates way for disharmony and threat to federal condition.

Just as bitter pills have good effects similarly there is a positive side of this Amendment too and here is what it looks like:

With Citizenship Amendment Bill, India upholds its moral responsibility towards its neighboring countries. Furnishing home for refugees in your land is a matter of social obligation and India stands in service to abide by it.

The doors of the nation as a whole are open to the immigrants as no area has been sidelined.

There is also a talk going on to process a high level committee for guarding Assam: its culture, language, natural resources and employment structure.

Staring at the current position of the Amendment there are certain notions seen rising up such as:

The Modi government is expected to be asked by Rashtriya Swayamsevak Sangh to reintroduce the bill this December as 1,906,657 names are not enlisted in the National Register of Citizens (NRC).

As of today the NRC of Assam is getting checked and updated as a consequence of which many Bangladeshi have lost their right to stay and have to leave.

Well apart from flaring up certain debates, the Citizenship Amendment Bill is a noble move to grant accommodation to the needy and is rapidly moving its operation.