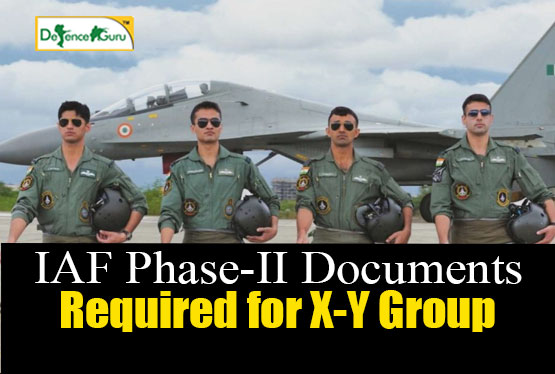 Conducted by Central Airmen Selection Board (CASB), the Airmen exam aims to admit students for technical and non- technical category, that is, X and Y group. This is an exclusive opportunity to get entry into Indian Air Force just after you are done with your 10+2 level of education.

So what goes into the entrance? Well Phase 1 is a written exam following which there comes Phase 2. The latter is further divided into 3 parts:

I endeavor to shed light on document verification, the 2nd stage of Phase 2. Here is a list of all necessary documents that you have to carry so carefully note the following:

Note: the photos need to match the one you uploaded in your application form

So if you have checked the Phase 1 result 2020, which you might have as it has been released on the official website, then start gathering the above documents to appear fully prepared for Phase 2.