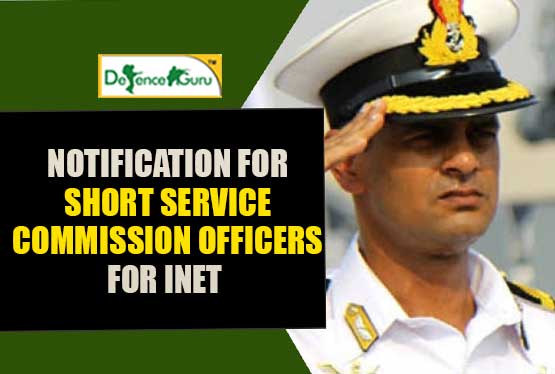 Indian Navy holds a bright future for today’s youth. Be it short service commission entry or permanent commission, having simply the tag of Indian Navy is enough to be close to success.

Indian Navy comes under one of the major wings of Indian Armed Forces. Each year it admits capable candidates for various employment positions. This year the process of selection changed to a national level exam known as INET, that is, Indian Navy Entrance Test.

On 29th November, 2019 Indian Navy posted its official notification for availability of application form for various positions of Short Service Commission Officers and here are its details:

Unmarried men and women candidate who have graduated or are in the final year of graduation are eligible to apply. For detailed educational criteria check the official notification on the website of Indian Navy, that is, www.joinindiannavy.gov.in.

The selection procedure of INET (Officers) is threefold as it involves-

Written exam: The candidates will have to appear for a written test scheduled for 2 hours. It is a 100 marks exam with MCQs on English, reasoning & numerical ability, general science, mathematical aptitude & general knowledge. There is provision of 1 negative mark for one wrong answer.

SSB: All those candidates who clear the written test will have to go for SSB interview which is tentatively scheduled on 20th April, 2020.

Medical exam: Selected candidates will finally have to appear for a short medical test procedure following which the final merit list will be declared.

Admit cards shall be available on the official website.

The Short Service Commission Officers entry is a beneficial opportunity to take your career to a new high. If you are serious about it then get yourself registered quickly. All the best!