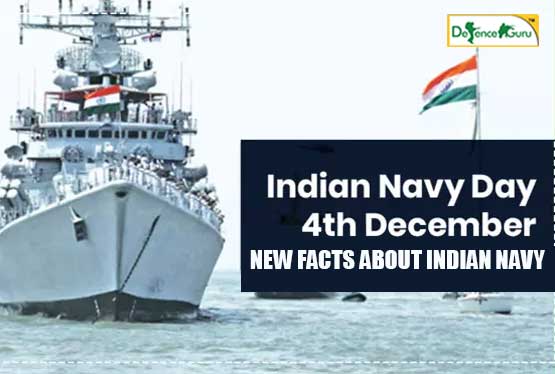 Indian Navy is one of the three major wings of Indian Armed Forces. It aims to safeguard India’s maritime affairs and maintain harmonious relation between India and foreign countries. While the President of India is the Chief Commander, the Chief of Naval Staff commands the team.

Indian Navy has earned much fame through its commendable service and appreciative performance in past years. To commemorate the same, it celebrates Navy Day each year on December 4.

The day holds significance because on this very date in 1971, during Operation Trident, the Indian Navy sank four Pakistani vessels including PNS Khaibar, killing hundreds of Pakistani Navy personnel. Not just 4 December but a whole week prior to this date is celebrated with great zeal and enthusiasm. There are various events, theme and programs running all round the seven days. The theme for Indian Navy Day 2019 is ‘Silent- Strong- and Swift’.

The shining, white uniform, deep blue sea and the interior of various ships is not without secrets. There are so many stories hiding behind them. I have endeavored to unleash a few of them in the name of facts to pay respect to Indian Navy on the day of its celebration.