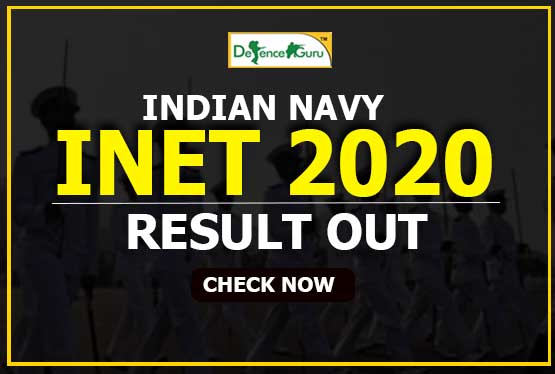 As per the official website of Indian Navy the INET Results for INET (Officer) Jan 2021 Batch uploaded.

Candidates who have successfully cleared the INET 2020 Exam will now get an official call or SMS or Email for SSB Interview to be held in the month of April 2020 at Bangalore, Bhopal, Vishakhapatnam and Kolkata.

The team of Centurion Defence Academy wishes all the selected candidates All the Best!