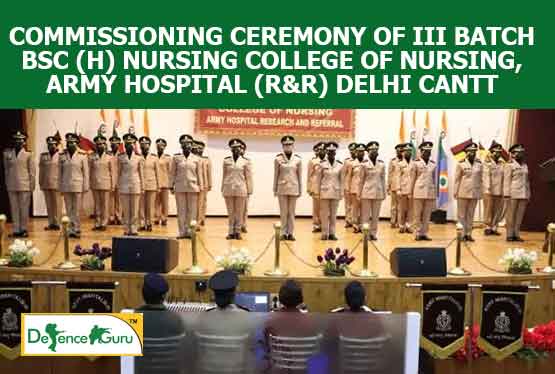 Commissioning ceremony of the 3rd Batch of B Sc (H) Nursing, College of Nursing was held on 23 JAN 2021 at Ayurvigyan Auditorium, Army Hospital(R&R) Delhi Cantt.

Commandant, AH(R&R)Lt Gen Joy Chatterjee was the chief guest for the ceremony. The chief guest, in his address congratulated the newly commissioned Nursing Officers and their parents, though they were not present due to pandemic. He urged the newly commissioned nursing officers to nurture the ethics of MNS and uplift the tradition of service. He advised the young lieutenants to keep abreast with the latest developments in the field of medicine and nursing as well as to provide care with compassion and dedication to the patients under their care. The General Officer emphasized the role of frontline COVID warriors during this difficult time faced by the country. 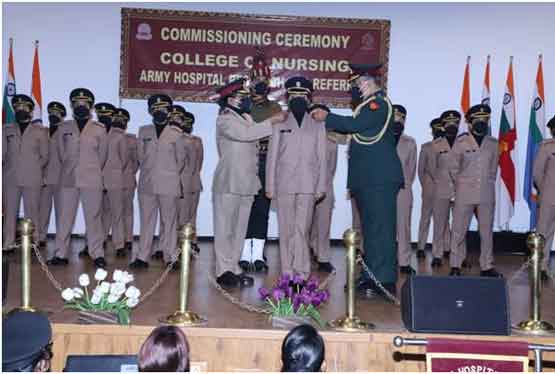 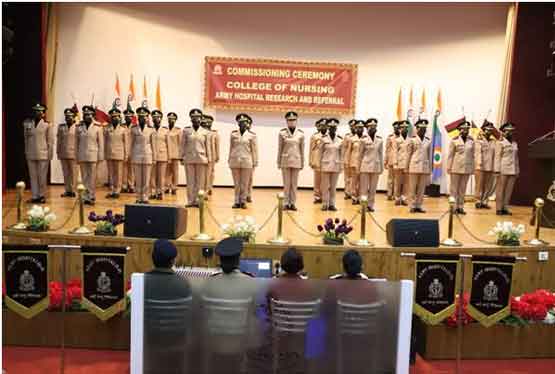 During the ceremony, 29 young nursing cadets were commissioned as Lieutenants into Military Nursing Service and would be posted to various Armed Forces Hospitals. 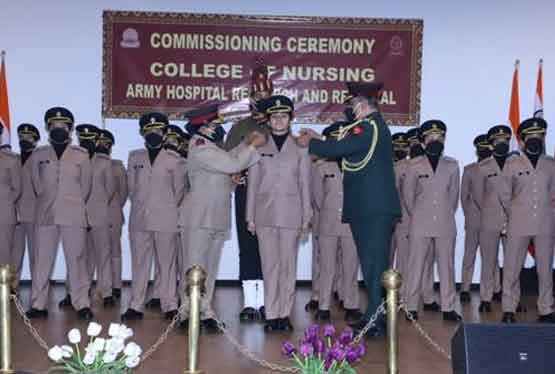 Indian Army has released the 3rd and 4th allotment lists of successful candidates in MNS 2022 on the official website of the Indian Army. Candidates[...]

Indian Army has released the Second Round of the Merit List of MNS Exam 2022. MNS aspirants Check MNS 2022 Result who appeared in the MNS Exam 2022 can check[...]

MNS 2022 List of Candidates Shortlisted for Second Round of Interview to be held at Base Hospital Delhi Cantt. The PDF attached below the list of candidates[...]