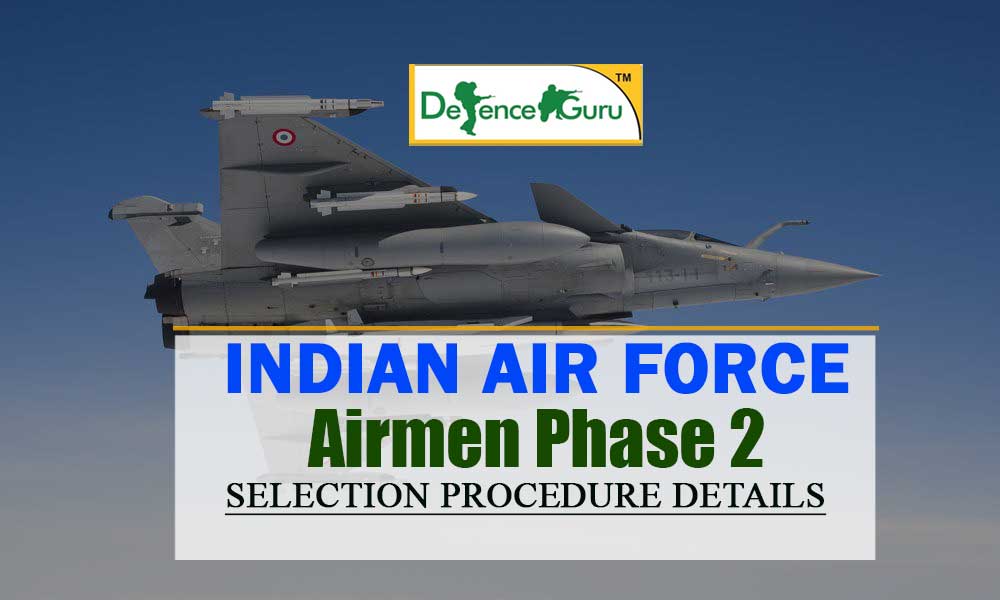 Indian Air Force has released result of the Phase-I online written examination and Dates for phase-II selection is already out. Candidates can download the admit card for Phase-II testing going through the official website i.e. www.airmenselection.cdac.in. What all happens in Airmen Phase-II exam is mentioned in this article.

Stage I- Documentation :
Candidates are to bring following documents for the documentation process.

Stage III- Adaptability test-I
(For both Group ‘ X’ & Group ‘Y’ Trades) All candidates who pass the Physical Fitness Test (PFT) will have to undertake Adaptability Test-1 (objective type written test) which is to assess suitability of a candidate for employment in the IAF which involves deployment in varied geographic terrain, weather and operational conditions.