NDA v/s CDS OFFICERS-KNOW ALL THE SIMILARITIES AND DIFFERENCES 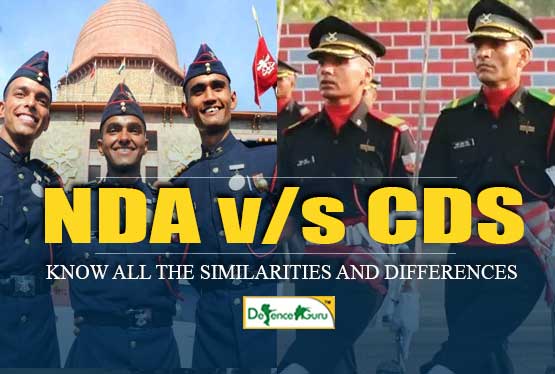 NDA v/s CDS OFFICERS: KNOW ALL THE SIMILARITIES AND DIFFERENCES

National Defence Academy (NDA) and Combined Defence Services (CDS) are the two central gateways to join Indian Armed Forces. They both lie at the priority of Defence aspirants. Thousands of citizens from all over the nation aspire to clear these exams each year, however only a few of them get selected. What makes NDA and CDS so special, let’s find out under the banner of similarities and differences between NDA and CDS Officers as mentioned below:

NDA: National Defence Academy is located in Khadakwasla, Pune and is the first Academy in the world to provide tri- service in terms of Indian Navy, Indian Army, and Indian Air Force. The entrance exam could be taken after class 12th.

CDS: Combined Defence Services (CDS) is an exam which is conducted with the motive of recruiting candidates for admission in Indian Military Academy, Officers Training Academy, Indian Naval Academy and Indian Air Force Academy. The entrance exam could be taken after graduation.

TRAINING CENTERS: The training in NDA is provided at the following centers:

The training provided in CDS includes the following centers:

DEGREES AWARDED: On completion of training the candidates are awarded the following degrees in NDA:

Furthermore, on completion of training in CDS cadets are awarded the following ranks:

RANKS: Both NDA and CDS Officers are awarded the ranks of Lieutenant after training.

PAY SCALE: The difference between pay scale of NDA and CDS Officers is:

Add to that, the Officers ranging from Lieutenant rank up to Brigadier also get Military Service Pay (MSP). The difference is that NDA Officers receive Rs. 6,000/- per month while the CDS Officers get Rs. 15,500 per month.

ALLOWANCES: Apart from salary Officers in NDA and CDS also receive various allowances such as:

FLYING ALLOWANCE: The flying allowance of NDA and CDS Officers is:

RANK AND COMMISSION: Talking about various ranks, promotion, scope and time of commission here are a few details:

QUALIFICATION PAY: Lat but not the least the qualification pay of NDA and CDS Officers remains same and has the following structure:

Be it NDA or CDS, hard work co joined with smart work is a must to mark your entry into Indian Armed Forces. So leave no gap in a good preparation. All the best! 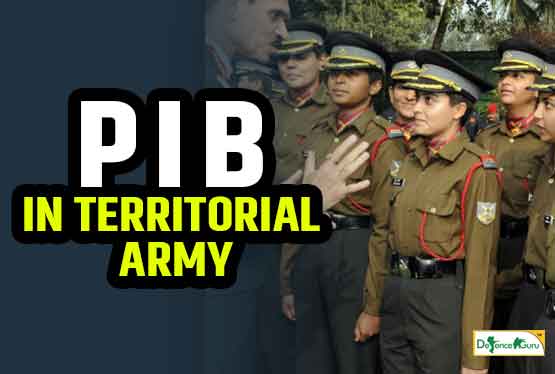