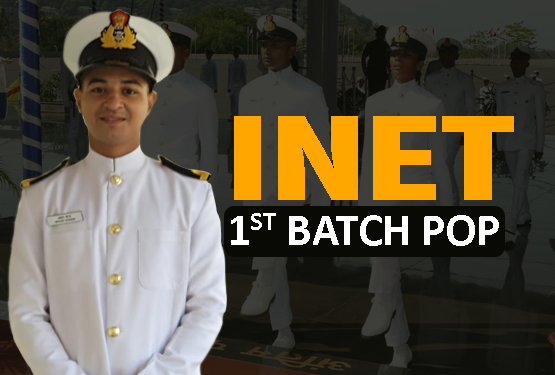 Young trainees in White were all set out to Perform on their special day with zeal and enthusiasm.

The POP was conducted without the presence of parents and guests of trainees, considering the precautions to be followed during COVID-19 crisis.

62 trainees including 15 women trainees graduated with flying colours at Passing Out Parade held at INA, Ezhimala, on 26 January 2021,  marking the culmination of their ab-initio training. The parade was reviewed by Vice Admiral MA Hampiholi, Commandant, INA presented medals and trophy to meritorious trainees on completion of the Ceremonial Review. The CNS Gold medal for First in Overall Order of Merit was awarded to Cadet Shekar Mani Tripathi. The Commandant Silver Medal for Second in Overall Order of Merit was awarded to Cadet M Vaasudevan and the Zamorin Trophy for Best all round woman cadet was awarded to Cadet Amrutendrini D Chinamna. The successful trainees marched past the Academy’s Quarterdeck, in Slow March, to the traditional notes of AuldLangSyne - the poignant farewell tune played by Armed Forces around the world when bidding adieu to colleagues and comrades, for their ‘Antim Pag’ or final step at the INA. Commandant, INA congratulated the cadets on parade for their impeccable turn out, smart drill and movements on parade. He emphasised to uphold the ethos of Service Before Self and reiterated the Core values of Duty, Honour and Courage. The Reviewing Officer and other dignitaries shipped the stripes of the passing out trainees and congratulated them for successful completion of their rigorous training. Stringent precautionary measures instituted by the Academy have helped in accomplishing the challenging goal of training the trainees despite COVID19. 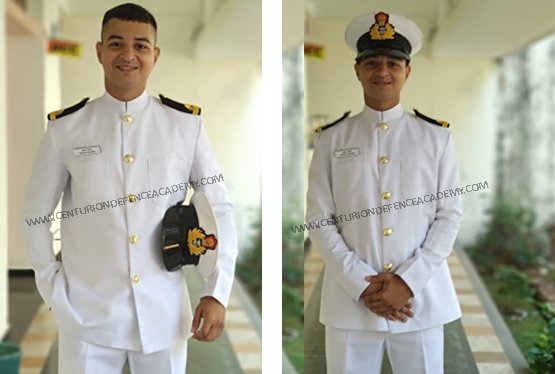 Lucknow Resident Akshay Khanna, student of Centurion Defence Aacdemy  was also a part of this POP. Congratulation to him and his Family for this wonderful achievement of Passing out for First Batch of INET 2020 on 26 January 2021.