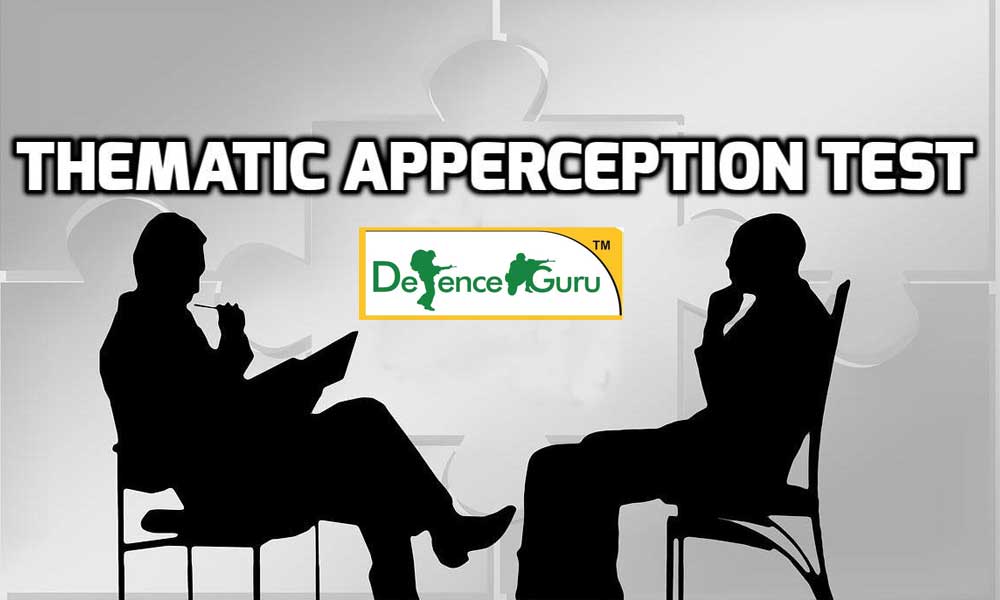 Hope you all are doing well. Round the year you all have to face SSB's, so, today I have brought a solution to your doubts through an article on TAT, to guide you about the right approach to attempt TAT and about the do's and don'ts, as well as, to explain you how a good TAT attempt can confirm your selection at Services Selection Board to serve in the most Prestigious Organization of India.

How To Prepare For TAT in SSB

Â WHAT IS TAT?

TAT that is THEMATIC APPERCEPTION TEST is the first test of the PSYCHOLOGICAL SERIES, conducted on Day 2, after you clear the screening test. TAT is the test of candidateâ€™s imagination. In TAT series of 11 CLEAR/VAGUE/ HAZY Picture plus 1 BLANK Image is shown to the candidate. After visualizing the picture, a candidate interprets the picture shown according to his imagination. During this process, the thought process of the candidate is stimulated and based on that he pen downs his story.

The concept of yielding out self-perceived imagination by visualizing pictures was first introduced by MURRAY AND MORGAN, who first used these methods in 1903 and the same is generally used in India.

The motive kept behind this theory is, that the candidate will organize material from his own personal experience, partially as a result of stimulus that he receives after visualizing the picture, as well as partially from what he finds from his past experience. In this way a proper JUDGMENT OF A CANDIDATEâ€™S PERSONALITY, that is, his past and present is done by the Psychologist based on the responses given by candidate in the TAT stories.

TAT contains a total of 12 STORIES that is 11 CLEAR/HAZY/VAGUE PICTURES and 1 BLANK IMAGE, on which a candidate is required to frame a story. The pictures projected to the candidate are shown for 30 seconds each and 4 minutes are then given to the candidate to write his response in the form of a story.

If we talk about the importance of TAT, then aspirants:

Now comes the most important part of this article that is, the Essentials to remember while attempting TAT.

This is all about TAT Aspirants. I have summed up all the important points related to TAT in this article .Hope this article has cleared your doubts regarding TAT. It is earnestly hoped that this article will meet the Requirements and Expectations of all the candidates preparing for SSB.

In this article we will be discussing the various questions asked by the SSB Board. SSB Candidate who go for your SSB most to read this 20 Tricky SSB Questions.[...]