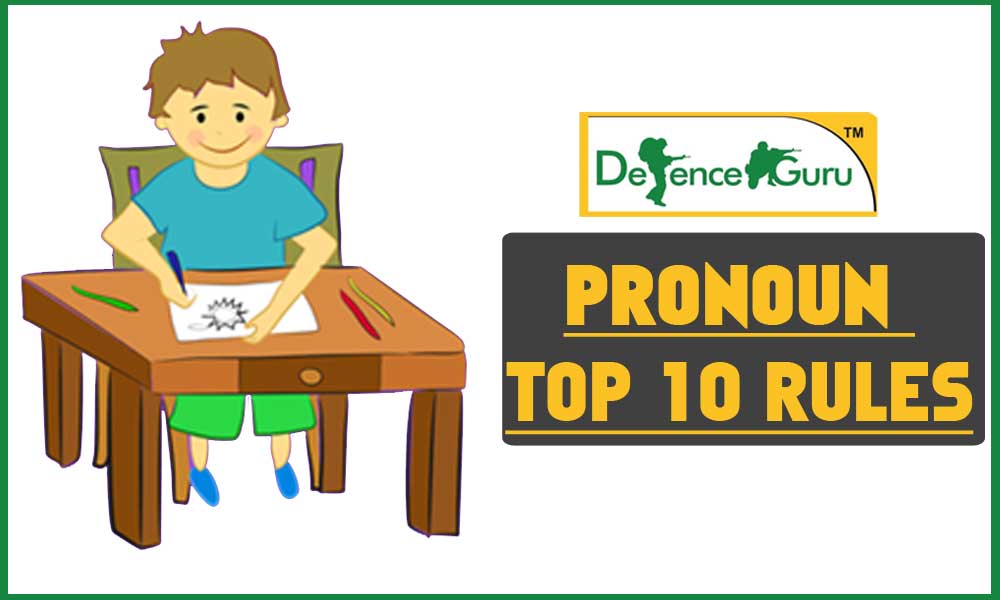 RULE NO. #1: When a pronoun is used before verb then it should be in nominative case but when it is used after verb it should be in objective case. Ex: I am instructing him

RULE NO. #2: The pronoun must agree with its antecedent in number, gender and person. Antecedent? An antecedent is the word, phrase, or clause that we replace with third-person personal pronouns e.g. he, she , it they etc.Â

Everyone should take their responsibility towards cleanliness. ( Incorrect )

Everyone should take oneâ€™s responsibility towards cleanliness. ( Correct)

Ex: The Manager and Principal of the college told their vision statement. ( Incorrect )

The Manager and Principal of the college told his vision statement. ( Coorect )

Ramesh and Suresh are boasting about his rich father. ( Incorrect )

Ramesh and Suresh are boasting about their rich father. ( Correct )

Ex: I and he submitted their report. ( Incorrect )

I and he submitted our report. ( Correct )

You, he and I did not submit their report. ( Incorrect )

You, he and I did not submit our report. ( Correct )

We, you and they have to take stand against this problem. ( Correct )

RULE NO. #5: We should use Objective Case after Let, But/except, Between, Prepositions and Like.

Iâ€™ve received replies from everybody but him. ( correct )

Iâ€™ve received replies from everybody except him. ( correct )

Is everything fine between you and her. ( correct )

RULE NO. #6: When a sentence starts with Each or Every and two singular nouns joined by and then we should use Singular pronoun only.

Ex: Every dog and horse has lost their tail. ( Incorrect )

Every dog and horse has lost its tail. ( correct )

RULE NO. #7: In case of two singular nouns that are joined by either â€¦ or , neither â€¦ nor , or, we should generally use singular pronoun.( Be careful in case of joint ownership ).

Ex: Either Ramesh or Ravi has submitted their report. ( Incorrect )

Either Ramesh or Ravi has submitted his report. ( correct )

Neither Ramesh nor Ravi has brought their report. ( Incorrect )

Neither Ramesh nor Ravi has brought his report. ( correct )

RULE NO. #8: When a sentence starts with It and after that any form of verb be is used then pronoun must be in nominative case.

RULE NO. #9: When a singular noun and a plural noun are joined by or / nor then we should use plural pronoun.

Ex: Either Ravi or his friends submitted his report. ( Incorrect )

Either Ravi or his friends submitted their report. ( correct )

RULE NO. #10: After some compound conjunctions like as good as, as much as, as well as that are used for comparison we should not put objective case but use nominative case.

Ex: When it comes to give service, Ram is as good as him. ( Incorrect )

When it comes to give service, Ram is as good as he. ( correct )
Â