Proper Usage Of Nouns and Pronouns 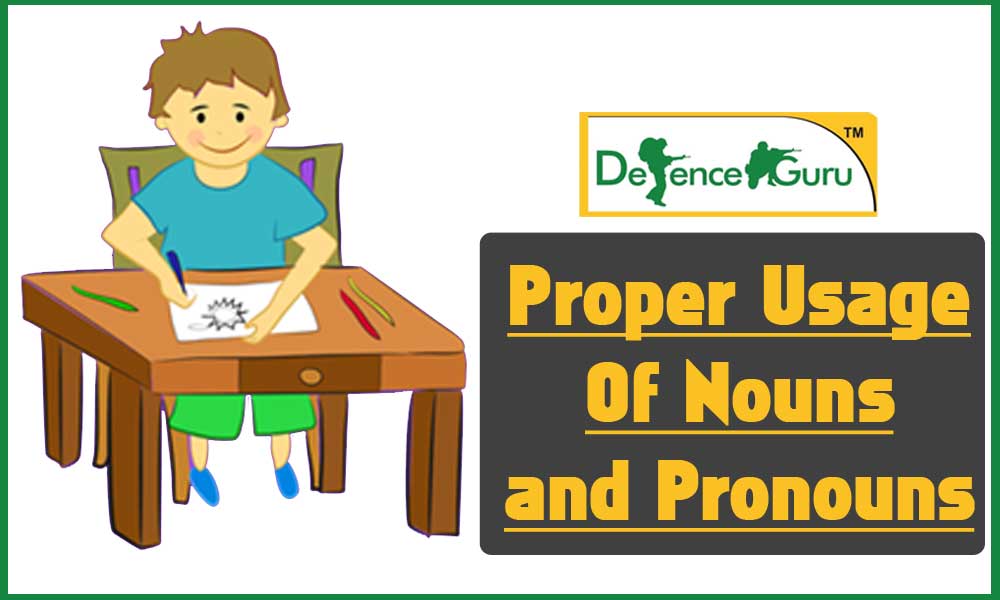 Proper Usage Of Nouns and Pronouns

Rule 1.
A Pronoun should agree with its antecedent in person, number and gender.
For Example :

Every father must bring up his children properly.

All students should show their home work.

One must do one's duty.

Each, every, either, neither, many a, any, anybody, everybody, everyone, take a singular pronoun.

Anyone, everyone, each, everybody etc. take a pronoun which agrees with the antecedent gender. However, when gender is not mentioned, then masculine pronoun is used.

Note One and everyone take different pronouns. One is used throughout.

When the verb form to be (is, am, are, was, were) is to be complemented by a pronoun, it should be in the nominative form, i.e. I, you, he, she.

A pronoun in its objective from (him, her, me) should be used as an object of a verb or a preposition.

If three persons are used in a sentence, the order should be Second person, Third person and First person.
For Example :

Yours is usually used before words ending in -ly, otherwise your is used

Who and Whom are often used incorrectly.

Who is to be used in Nominature (subjective) case.

Whom is to be used in objective case.

A Reflexive pronoun (addition of self) is used as an object of a verb, and refers back to the same subject.

The culprit hanged himself.

If we write "the culprit hanged him", 'him' would refer to somebody else and not to the culprit himself. The meaning thus would change.

When you wrong me, you actually wrong yourself.

Some people always talk about themselves.

I plan to go myself.

We ourselves are to be blamed.