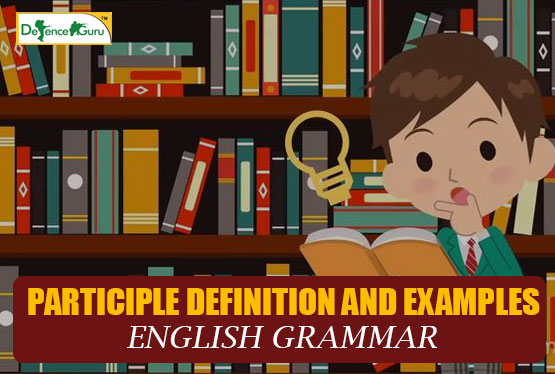 Except the above mentioned verb’s forms, there are some special usage too which are made of these basic forms of the verbs only. Participles are of three types.

It shows quick actions. There are two actions in a sentence and there is no time lag between these two actions.

1st Sentence: it begins with “ing” form of verb and 2nd sentence is formed as per time and category of the sentence.

Seeing a lion, he ran away.

Meeting you, I felt glad.

Hearing this news, he started jumped off with happiness.

Learning this topic, I became confident.

The above given sentences show that there is no time pass between these actions. The second action took place just after the first one. Here it is to be noted that the second sentence may vary as per time and category of the sentence. If we speak second sentence at first, it will make the sentence meaningless. For example,

I saw many dead soldiers riding across the battle field.

Riding across the battle field, I saw many dead soldiers.

Third form of the verb becomes the adjective.

Here we can observe that miss, receive and dial are the verbs but their third form is used as an adjective. It does not happen with all the forms of the verbs, in fact it is with transitive verbs only.

In such sentences, it is clearly mentioned that the task has been completed. Perfect sentences have completed actions. These sentences can be made in three ways.

The above mentioned three of the sentences show the perfection of the work. We may prefer any one of them.