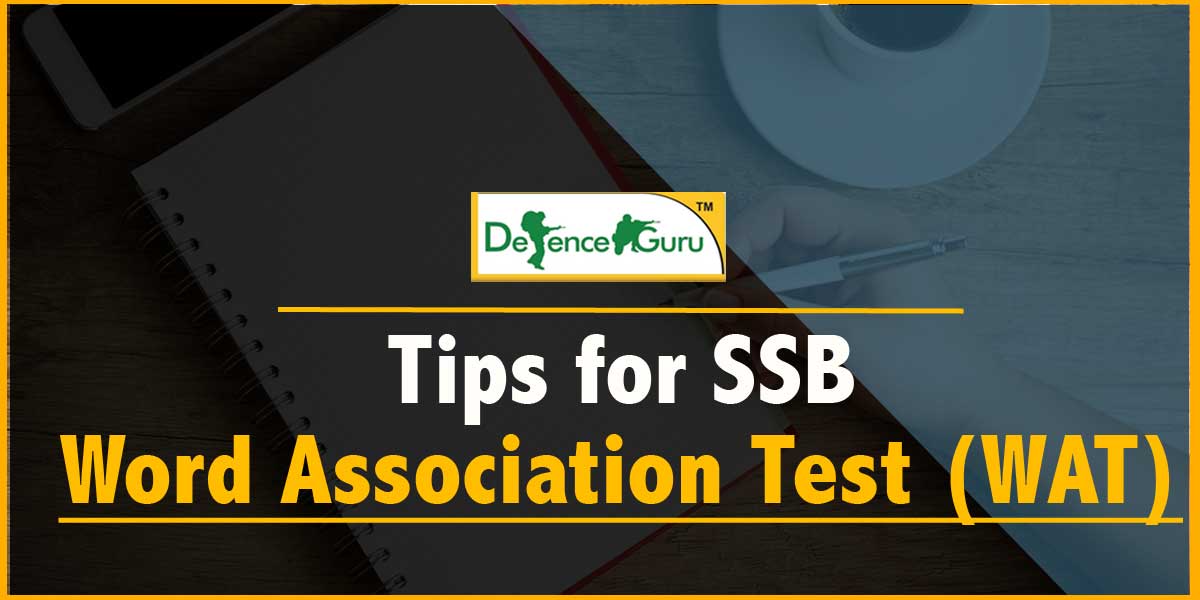 In word association test (WAT) candidate will be shown a word for 15 seconds and whatever comes in candidate's mind he/she needs to write. 60 words will be shown back to back without break. word will remain for 15 seconds. Test will be conducted on day 2 stage 2 in psychological tests.

In WAT officers will check the mentality of candidates. As the time given is less so they can notice your behaviour from your answers. This test will show your personal life that how you think about the problems or how you experience the day to day things.

It's only your second day at SSB and you already have completed the Screening and TAT. The immediate next test waiting for you on the same day is the Word Association Test (WAT). This test is also called Confirmatory Test  to TAT or Idea Writing Test. This means that Word Association Test confirms qualities that you display in Thematic Apperception Test. Giving WAT immediately after the TAT brings your natural qualities in front of the assessors.

In the beginning, just try to make sentences which-

are factual, based on recent happenings
are positive
show your attitude towards that word
reflect your own values and beliefs

Here is what shouldnâ€™t be written-

Idioms and phrases which lack originality of your thoughts/imagination
Sentences that tend to preach
use of, it reflects self-centeredness
Negative sentences
Frequent references to celebrities or known figures

Make your own sentences:

Steer away from sentences that you have memorised or have learnt during practice. This shows a lack of originality. Instead, try making a link to the previous sentence as this is more natural and try showing your OLQ's through the sentences. E.g. for the word4, don't just write Do or Die is a slogan given by Gandhiji. Instead write, I'm a die-hard cricket fan. The sentence is both positive and shows your creative ability.

these NDA 2022 SSB Interview Questions and Answers will assist you in exploring your personality and responding appropriately. We've also compiled a list of[...]